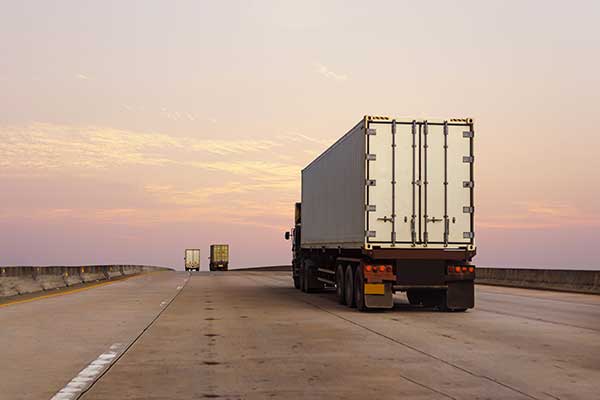 PHOENIX – To help freight move efficiently while ensuring that commercial vehicles can operate safely on state highways, the Arizona Department of Transportation has expanded its use of technology that screens moving trucks for weight and identifying information.

This system, used until now at select rest areas including McGuireville on Interstate 17, Sacaton on Interstate 10 and Canoa Ranch on Interstate 19, is now operating at ADOT’s commercial ports of entry along I-10, I-40 and State Route 95 in Parker.

“This truck screening system will allow our officers to focus on the commercial vehicles that need our officers’ attention,” said Jeff Stanhope, deputy director for ADOT’s Enforcement and Compliance Division. “It helps us make better use of our resources and efforts while allowing trucks in compliance to go on their way.”

The technology includes weigh-in-motion sensors, cameras that are designed to read USDOT  numbers and license plates, and message signs. An additional feature at the Ehrenberg and San Simon ports of entry on I-10 also identifies commercial vehicles with tires that could be damaged or in need of repair. The failure of a tire on a commercial vehicle can lead to catastrophic collisions and cause tire debris to be deposited on and along roadways.

As a commercial vehicle approaches the port of entry, highway signs direct the driver into the right lane. When the truck is a half mile from the port, the weigh-in-motion sensors and cameras capture the vehicle’s weight and identifying information and relay it to ADOT Enforcement and Compliance officers at the port.

The computer checks the truck’s credentials against national and state databases. If the truck is cleared and within weight limits, the message boards along the highway direct the driver to bypass the port and continue on. If there is an issue identified with the commercial vehicle, such as expired registration, federal out-of-service orders or required permits not on file, the signs direct the driver to pull into the port for further inspection.

In addition to saving ADOT officers and truck drivers time and resources, the system tracks and stores the size and weights of the commercial vehicles entering Arizona. This data will help ADOT’s Multimodal Planning Division make more informed decisions about the state’s highway system in the future.