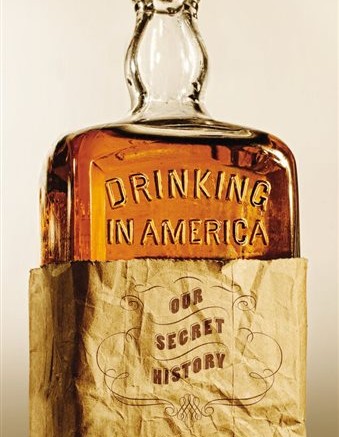 NEW YORK (AP) — Drinking, and not drinking, is as old as America itself, from the beer-loving pilgrims on the Mayflower and Paul Revere’s boozy horse ride to Prohibition and the rise of Alcoholics Anonymous.

Some nations drink more and some less, but nowhere do those two things collide and replay on a loop through history quite like they have in the United States, said Susan Cheever, who’s written “Drinking in America: Our Secret History.”

Cheever was addicted to alcohol, as was her father, author John Cheever. She’s visited the subject of drinking in the past, and she’s been in love with history since a college professor inspired her. But this project, published in October by Twelve Books, was “really a eureka moment,” she said in a recent interview.

Nobody has really gone deep enough into American history and booze, she said.

Her book is filled with detailed anecdotes and quirky, alcohol-fueled moments through time. Cheever offers these observations among her favorite bits:

“I’ve been to Concord, Massachusetts, many times. I really thought that the first shots of the war were fired at the Old North Bridge, so I was really shocked and interested to read about what happened on Lexington Green, where Paul Revere stopped for a couple of shots,” she said.

Sure, there was the Boston Tea Party, but rum ruled the colonies:

Rum was definitely the drink of the colonies, and “no one stood for rum consumption the way Ethan Allen did.”

Stories abound, the most famous of which has the leader of the Green Mountain Boys so soaked with rum that he was unaware a snake had bitten him multiple times after he fell asleep in a glen.

When he awoke, he complained of the mosquitoes.

He abstained, likely due to hard-drinking relatives:

“I thought I knew all about Abraham Lincoln. I did not know that he was one of those rare human beings, and I mean rare, who didn’t drink and didn’t judge. His mother asked him on her death bed not to drink and he took that very seriously,” Cheever said.

“But he fired George McClellan, who was his sober general in the Union Army, and hired Ulysses S. Grant, who had already been court-martialed once for drinking. When the generals came and complained to Lincoln that Grant was drinking too much, Lincoln famously said bring me some barrels of what he’s drinking so I can give it to all my generals. He wasn’t a temperance guy.”

“I didn’t know the way that Prohibition and women’s temperance were wrapped around each other. Many of the women’s suffrage crusaders, Elizabeth Cady Stanton and Susan B. Anthony, had started out as temperance crusaders,” Cheever said.

“And it was thought that Prohibition would be great for women because drinking was a male problem. Men were drinking and they didn’t bring the money home to the women and children,” she said.

“The income tax was instituted at the same time. Before then, thanks to Alexander Hamilton, almost the entire federal budget was based on liquor taxes, so they couldn’t have had Prohibition. It couldn’t happen until they had an income tax.”

Booze and the muse:

“For me the biggest revelation of the book was the link between writing and drinking. It’s so limited chronologically. It’s not true until about 1925. In the 19th century, writers didn’t drink. Hawthorne, Melville, Thoreau, Emerson, Longfellow. Nope. No drinkers. It’s not about the writers. It’s about the drinking culture,” Cheever said.

“Of course, some writers drink a lot, so much so that the five people who won the Nobel Prize for literature were all alcoholics, but only for two generations. I hadn’t really done the math, and then it occurred to me that, of course, it came out of Prohibition, that Prohibition made drinking that much more attractive to writers,” she said.

A year-by-year analysis shows that although many famous American writers drank too much, they did that only in the years after Prohibition and World War II.

“I knew Nixon was a crook, but I didn’t realize how much drinking had to do with it because he never drank that much and he didn’t stagger around, but alcohol certainly impaired him,” Cheever said.

Nixon was a “tightly wound Quaker with a longing for power,” she wrote. One night in 1960, “he even got drunk and seriously told his Catholic staffers what a great Pope he could be and how well he could run the Vatican.”

Nixon didn’t drink at all until he was an adult, yet you can see that he was drunk or passed out at many, many important moments, Cheever said.

One of those moments was on Aug. 29, 1969, when two members of the Popular Front for the Liberation of Palestine hijacked TWA Flight 840, forcing the pilot to divert the Tel Aviv-bound airliner to the airport in Damascus, Syria.

Nixon’s national security adviser, Henry Kissinger, reached the president by phone after dark, when Nixon had partaken of a drink or two and was in one of his common rages. He exploded into the phone: “Bomb the airport!” and sent Kissinger and Defense Secretary Melvin Laird into a scramble on how to avoid the direct order without seeming to, she said.