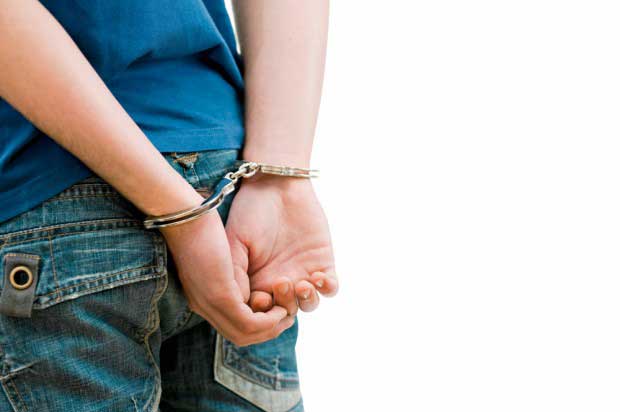 SAFFORD – It’s never a good idea to run from a police officer, and one teen found this out on Friday after he fled from police, only to be found and arrested.

An officer patrolling the area of 9th Avenue and 12th Street observed a sedan speeding west on 12th street. The vehicle turned onto 9th Avenue without using a turn signal, and the officer conducted a traffic stop.

The officer reached for the juvenile’s wrist to put handcuffs on him, but the teen resisted. Taking the young man’s wrist again, the police officer pushed him up against the car, but the juvenile tried to break away and run.

The officer returned to the car where the two other teens were still waiting. The officer arrested the driver, who didn’t have a license, for DUI and failure to obey a lawful order.

Officers later located the fleeing juvenile who had apparently hidden in a trash can. The male teen was arrested and relocated to the juvenile detention facility. It was later found that the male juvenile had two warrants out of Maricopa County for burglary and trafficking in stolen property. He was arrested and booked without incident. The juvenile male was arrested for aggravated assault on a police officer, resisting arrest, escape, and outstanding warrants.