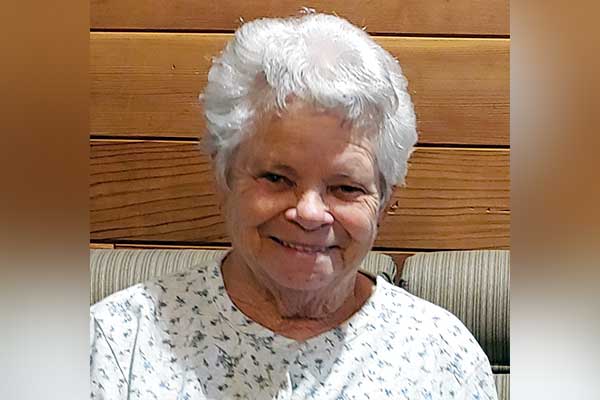 On Saturday, February 6, 2021, Sherry Lee Fredrickson, loving wife, and mother of four boys and a daughter that she loved as her own, passed away at the beautiful age of 72.

Sherry was born April 16, 1948 in Meadville, PA to Kenneth and Eva Smith, one of their five children. On July 4th, 1965 she married her High School sweetheart, Robert Leroy “Bob” Fredrickson in Ripley, NY. They went on to have four boys: Robert Jr., Chris, Scott & Chopper. In 1973 the family relocated to Cotton City, NM where Sherry raised her boys in the wide-open spaces of Southwest New Mexico.

Sherry had a knack for loving people. This came from her deeply rooted faith. It mattered not how you came into her life … if she knew you, you were loved by her. She was kept busy with her boys and the various activities they had in school and throughout the summers. Her true passion was the Church where she dedicated her life to teaching God’s word to so many of the church youth as a Sunday School teacher.

She was an avid square dancer, a collector of porcelain dolls and enjoyed spending her free time tending to her magnificent rose bushes and trees. She also found great pleasure in raising goats and other animals. She loved to work in her garden and would often grow enough to share with friends and neighbors. If you were lucky you may have received one of the dozens of afghans that she hand-crocheted or quilts that she hand-sewed. After the boys were grown and moved on and Bob retired from his career at Phelps Dodge in the late 1990’s, Sherry and Bob relocated to York, AZ.

Sherry was preceded in her return home to heaven by her father, Kenneth, her mother Eva, her sister Sheridan and her brothers Kenneth Jr. and Raymond.

She is survived by her husband of 55 years, Bob, her four boys Robert Jr., Chris, Scott, Chopper, and her cherished Dolly. She also leaves her twin sister Sandi Lee along with dozens of nieces, nephews, grandchildren, and great grandchildren.