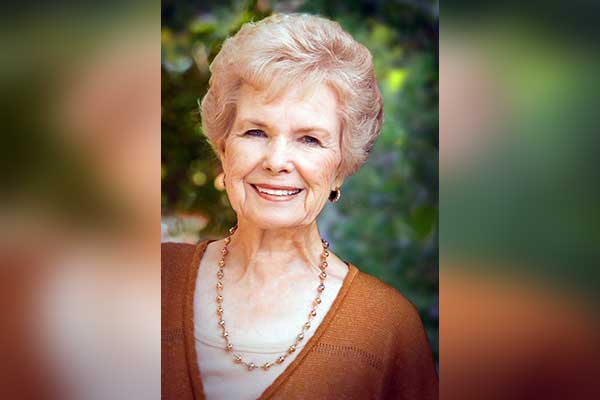 Peggy Crotts was born February 6, 1937 to James M. Sanders and Ruby Lee Cosper Sanders in Duncan, AZ. Peggy joined her older brother Bill at this time. Peggy attended Duncan schools and graduated as Salutatorian for her class in 1955.

Peggy entered the Miss Greenlee County contest in 1954 and won. She went to the Miss Arizona pageant and became friends with the new Miss Arizona. Peggy attended the University of Arizona for a short while. She left to marry her lifelong sweetheart Erwin Crotts March 24, 1956 at the Duncan Methodist Church. To this union they were blessed with three sons. Larry Wayne Senior, James Erwin and William Randall, they were always a very happy family.

Peggy had a very dear friend Barbara Pace who passed away in 1968. While visiting one evening before her passing she asked Peggy if she would look after her daughters. Sammie 14 and Denise 13 joined this family in 1969.

When Jim reached the age of seven Peggy started a new banking career in 1965. She worked in all capacities of banking starting as a teller and became Vice President of the Southeastern region of the Bank One Bank, today known as Chase. During this time, she was appointed by Governor Bruce Babbitt to serve on the Arizona Community College Board and served for her seven year term. Peggy was the first woman to serve on this board. While on the board one of the big accomplishments was to open the way for nursing school and airplane mechanic schools in all counties and not just Cochise County located in Douglas, AZ.

Peggy and some friends started the Pride Society of Duncan October 30, 2001. Peggy, as president, helped to accomplish a lot of beautiful enhancements and renovating a lot of worth while projects in Duncan. Some of the first project were the tree line by the railroad tracks, Sandra Day O’Connor walkway, Packer Park, Lamp posts, painting of buildings and Pioneer Award to name a few.

She is survived by her husband Erwin of 63 years, three sons Larry Wayne (Bel), Jim (Suzan), Randy (Denice) and two foster daughters Sammie Pace (Buddy) and Denise Pace (Mike). She is also survived by numerous grandchildren and great grandchildren an lots of family and friends.

A viewing will be held on Saturday, October 5, 2019 at 9:00 a.m. followed by the funeral service at 10:00 a.m. held at The Church of Jesus Christ of Latter-day Saints Duncan Stake Center. Interment will follow in the Duncan Cemetery.