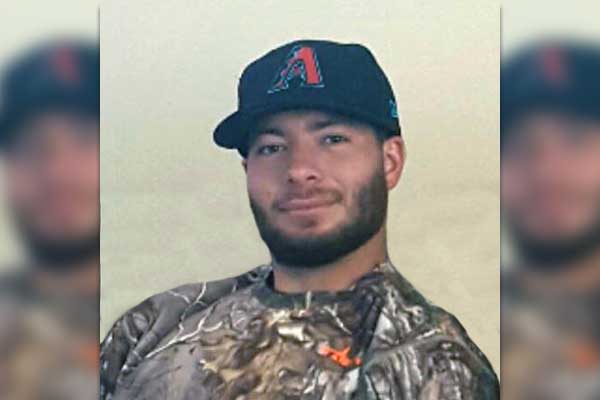 Samuel Troy Romero, Jr. came into this world in a hurry on September 7, 1996. He was the first child born to Sam Romero and Tanya Howell Romero. Sammy, as he was known, was an active little boy. The first grandchild of Bud and Darlene Howell, he spent a lot of time with them. Early in his life he enjoyed going to the river fishing with his dad. Tanya worked at the family candy store so he went to work with her. He also enjoyed spending time with his Nana Lilian Romero and Frank Bejarano. In 2001 He was joined in the family with a little brother Collin Ray Romero. Being a big brother made him happy, he loved his brother.

Sammy showed a love of sports early in his life playing soccer, football and baseball. He played baseball in the city league until he was too old. Jr high found him on the football team. Sports were serious for him and he was a talented player in all sports. He became a varsity football player as a freshman and played all four years in high school. For three years he played varsity baseball as well. One year he was a varsity wrestler as well, but he realized he loved the other sports more.

One of his favorite things to do was ride with his Grandpa Bud in his convertible Corvette when he picked him up after school. He enjoyed camping and hunting (rifle and archery). His first deer he was so proud of. He enjoyed being outdoors and loved hunting and scouting with his brother Zac. He enjoyed fishing at the river and going to Alpine with his Grandma Darlene.  Sammy enjoyed spending time in Tucson with his Aunt Monica and cousins.

After high school his talents as a home construction worker became apparent. He was a great tradesman. He always put in 110 % in everything he did. For a short time he spent a ski season in Idaho working at a ski resort, being homesick brought him back to Thatcher.

At different times in his life he lived off and on with his Grandparents, Grandma and Nana & Frank.

Sammy was a loyal friend and always stuck up for anybody, even if it was something he would get in trouble for.

He had a best friend, a German Shephard named “Bear”.

Sammy is survived by: his mother, Tanya Garcia (Chris), of Safford; his father, Sam Romero, of Morenci; his brother, Collin Ray Romero; half-brothers, Jonathan and Mathew Romero; a brother, Zac Garcia (Ashley); his step-sister, Ashley Gentile; his maternal grandmother, Darlene Howell, of Pima; and paternal grandmother, Lillian Bejarano (Frank), of Thatcher; and his grandmother, Patsy Urrea, of Safford. He was loved dearly by his many Aunts, Uncles, Cousins and friends.

A Mass of Christian Burial for Sammy will be celebrated Friday morning, March 22, 2019, at 10:00 a.m., at St. Rose of Lima Catholic Church by Rev. Nicodemus Shaghel. Committal will follow in the Thatcher Cemetery.