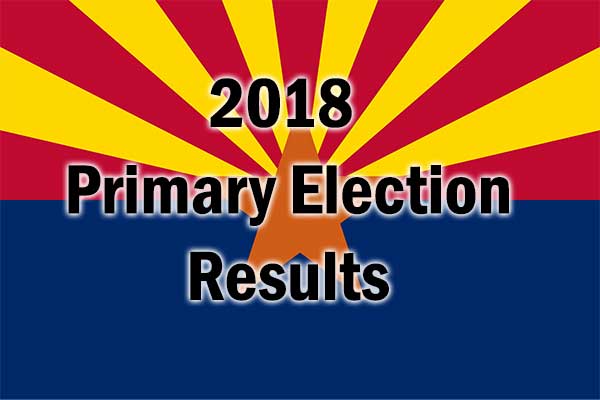 With only half of the statewide precincts reporting, here is how things are shaping up. So far the reporting has been consistent. Winning candidates have held their lead from the beginning, so the results below are likely to remain consistent when all the votes have been counted.

According to the Arizona Secretary of State’s website, there were a total of 938,246 ballots cast in the Arizona primary. Voter turnout was 25.83%.