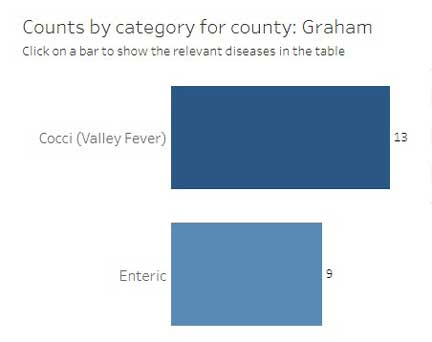 It’s the fourth-lowest case count of coccidiodomycosis in the state, behind Greenlee County with two cases, Santa Cruz with nine and La Paz with 12.

That’s according to data released Wednesday by the Arizona Department of Health Services.

Valley Fever is a fungal disease contracted by breathing in spores found in the desert ground. People with weakened immune symptoms, those with diabetes and pregnant women are most at risk.

● Rash on upper body or legs

Statewide, there have been 3,913 cases of Valley Fever thus far this year.

Graham County has also confirmed nine cases of enteric illnesses, which is typically spread by contaminated food or water. Greenlee County reports one confirmed case so far this year.