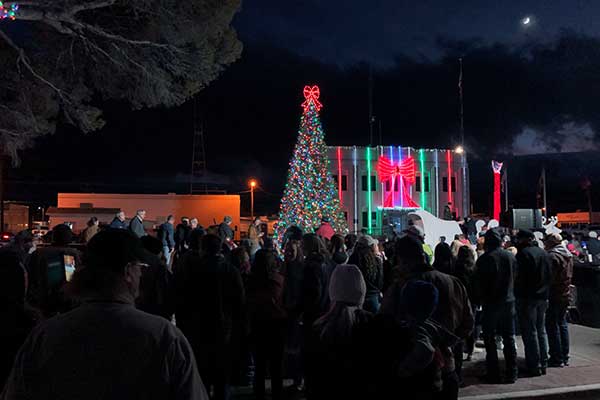 The 2019 Merry Main Street and tree lighting went on despite the threat of bad weather on Friday. A crowd gathered around Safford City Hall at about 5:30 for a brief program before the tree lighting. Safford Downtown Association president and Graham County Supervisor, Danny Smith, began the ceremony by introducing the people on stage with him. Dignitaries present for the event included the Safford City Council and Mayor. Jenny Howard represented the Thatcher City Council and Paul David represented the Graham County Board of Supervisors.

Eleanor Throope and Zaylie Windsor both sang a Christmas song prior to the tree lighting. After a countdown, the lever was thrown and the Christmas lights lit up.

Jenny Howard and Jason Kouts led the group singing, “Here Comes Santa Claus,” in anticipation of the arrival of Santa Claus. Santa arrived in a Safford Police vehicle and was escorted down Main Street to the Safford Theatre, where kids lined up to talk to Santa and take pictures with him.

The weather was slightly cooler than in previous years, which may have kept some people away, but the event went on as usual, despite the weather. 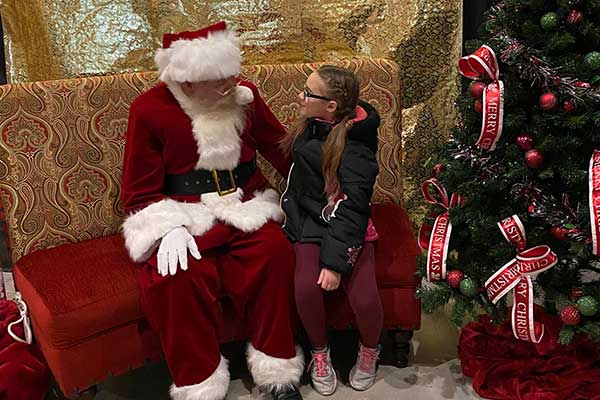