PIMA – An event that mixes serious racers with pregnant moms pushing strollers is the Gila Valley’s signature family race of the Fall.

The 11th annual Pima Turkey Trot will once again take place Thanksgiving Day morning at the Vard Lines Roping Arena in Pima. The 1-mile fun run will begin at 8 a.m., followed by the 5K (3.1-mile) chip-timed race at 8:45 a.m. 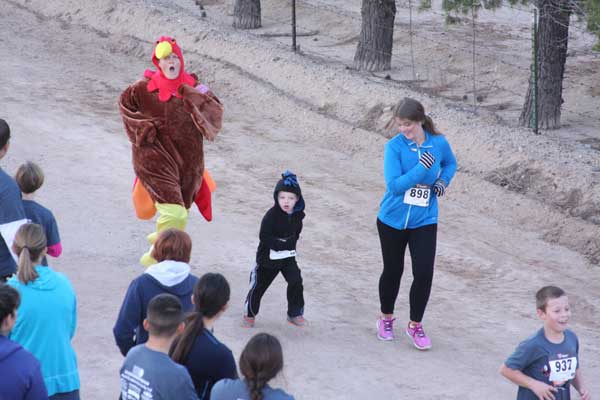 Co-directors Cody Marshall and Melinda Nelson first began the Pima Turkey Trot in 2006 as a lark, but it quickly grew into the seminal 5K race in the Gila Valley with roughly 800 participants each year. Nelson said this year’s race is shaping up to be one of the best with a high number of runners pre-registered and a forecast of pleasurable weather.

“It’s going to be beautiful weather,” Nelson said. “The people who come and run it make it such a fun day.” 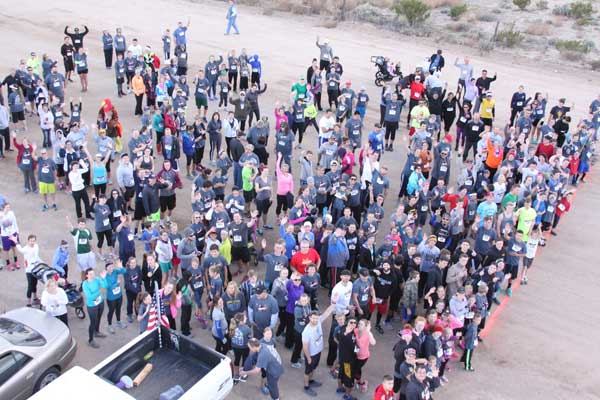 The race has also been a boon to the Pima School District, which has been the beneficiary of more than $50,000 in proceeds donated by the race to the district in a variety of needed areas.  Among other areas and items, the donations have been used to purchase new uniforms for the Pima Show Choir; the school’s physical education department;  knowledge bowl; various athletic, music, art and vocation programs; elementary school playground equipment; FBLA; cameras; the school’s new weight room and, along with other funds, to build its new field house. The race also donates proceeds to a community foundation endowment fund that local business man Ted Prina matches. Once the endowment fund reaches more than $50,000, each year 5 percent of the interest the endowment generates will be awarded as scholarships.

“I’m excited about the shirts, they came out great,” Nelson said. 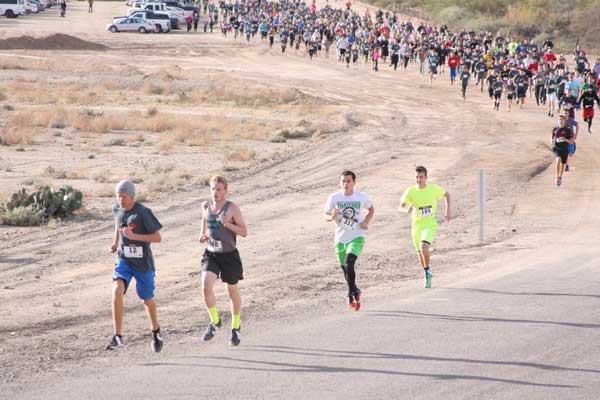 Contributed Photo/Courtesy Eric Blair: Competitive racers begin to separate from the pack at the start of the run.

While pre-registration closed Tuesday, those who wish to participate can still register through the trot’s website at www.pimaturkeytrot.com through Tuesday, Nov. 22. Afterward, last chance participants may register in person during packet pickup Wednesday, Nov. 23, at the Pima School District cafeteria at the corner of Main Street and 200 South from 3 to 7 p.m. Participants are encouraged to pick up their race packets at that time. Racers may also register the morning of the race up to the start of the 1-mile fun run at 8 a.m. 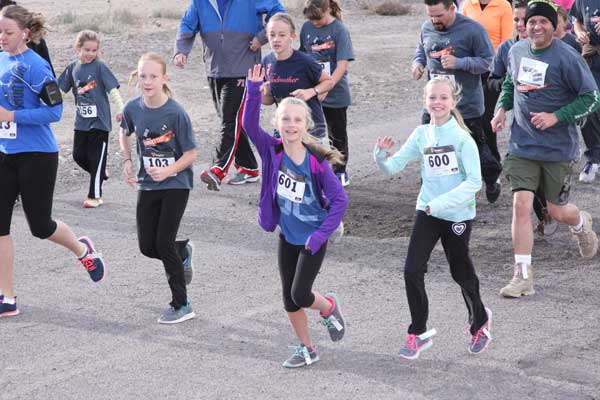 While the race is a family-fun event – everyone’s favorite turkey mascot Stephanie Hoopes will be there running in full costume – it also offers up bragging rights between serious runners. For the past few years, the race has been a duel between Brendon Allred, of Kingman, (winner in 2014 and 2015) and Derek Weech, of Gilbert, – the 2016 champion and current record holder at 17:03. Weech ran at a pace of 5:27 per mile last year. 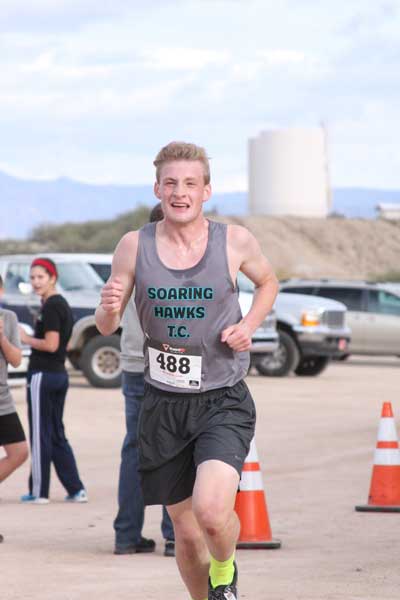 The overall male and female winners are awarded $50 and a medal, while medals are also given to the top three finishers in each age category, male and female. There are also various raffle drawings and prizes donated from the race’s various sponsors.

“We’ve gotten some stiff competition, especially for the male (division),” Nelson said. “I know of some families that used to trade off going every other year and now the son says, ‘Sorry, I have to go to turkey trot every year.’ Every year the last few years, the record has been broken.

The race not only has an infectious desire on those eager to run but also on those who want to assist in the preparation. On Tuesday, a class from Eastern Arizona College walked the route, clearing the dirt, cross-country path of debris.

“They came out with rakes and shovels and tractors to clear the path,” Nelson said. “That was all started by someone who races each year. He had a class at EAC that wanted to give back to the community, so he contacted us and said, ‘Hey, we want to help. Can we do this?’ . . . It was fun to see others enjoy it and want to get involved as well.”

The class also helped with other pre-race aspects, including pinning shoe tags to bibs.

With racers from Safford, Thatcher, Pima and all over Arizona, Nelson says the Pima Turkey Trot is a great time to mix with friends and family and do a preemptive run to work off the feast to come later that day.

For more information or to register visit www.pimaturkeytrot.com. 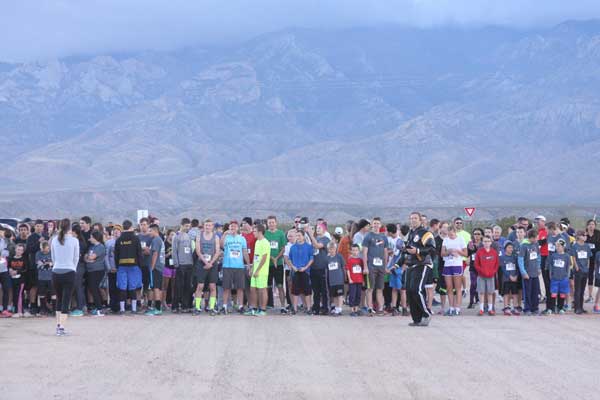