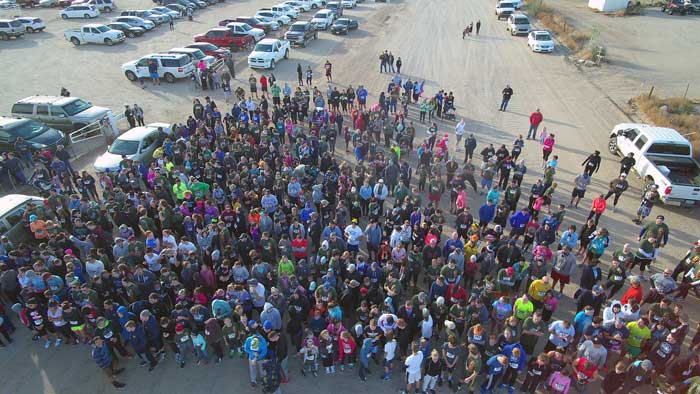 The 11th annual Pima Turkey Trot saw a record number of participants and a record finish.

A sunny but crisp morning greeted the 883 participants, who ran in either the 5K race or the 1-mile fun run earlier in the day.

Bailey Roth, of Atlanta, Georgia shattered last year’s record time by more than a minute to finish the race in 15:55. Roth runs track for the University of Arizona and just missed out in this year’s Olympics in the steeplechase. As Roth came around the final bend, there wasn’t even any other runners in sight as he cruised to victory. 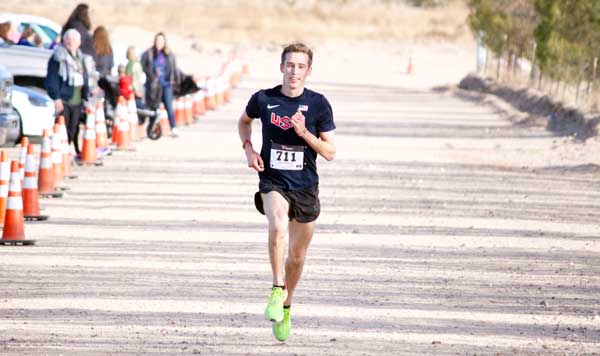 “Today was a lot of fun,” Roth said. “I enjoyed the course. I like the long part back there when you run toward the mountains. It kind of distracts you from the run.”

Kaitlyn McDougal, of Safford was the first female across the line at 21:07. 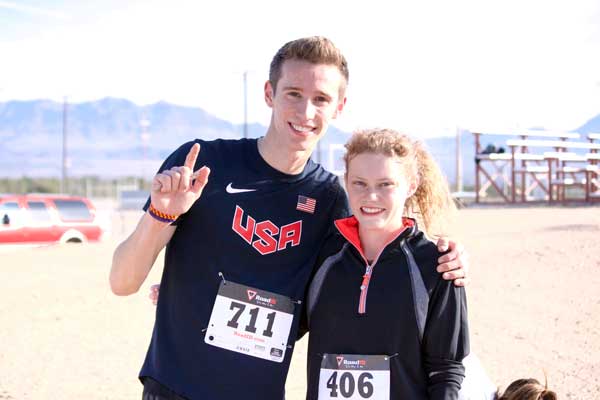 “I felt like I could have done better,” McDougal said. “It feels good (but) it was kind of odd because you see all these guys passing you.” 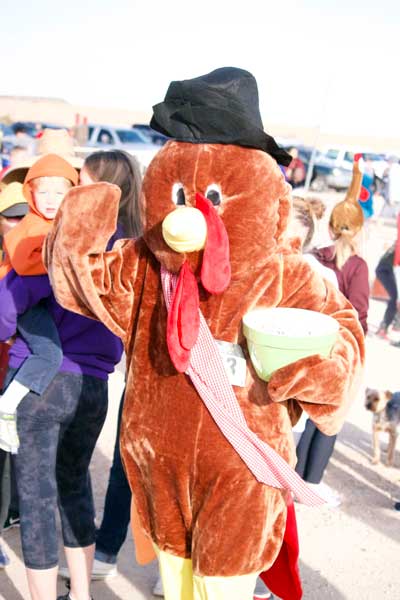 Jon Johnson Photo/Gila Valley Central: Stephanie Hoopes ran both races in her turkey mascot outfit and still had time to pass out candy to the children.

The Orr family took home the turkey for the largest family participating with an astounding 28 runners. Race co-director Melinda Nelson said a number of families approached her and said the event had become their family Thanksgiving tradition.

“It’s been a great year, and we’re just glad everyone had a great time,” Nelson said.

The annual event began in 2006. Nelson and co-director Cody Marshall thought a 5K on Thanksgiving would be a good way to rationalize eating a feast later in the day. Proceeds from the race benefit the Pima School District, and prior to this year’s race more than $50,000 had been donated for a variety of uses.

For more information or to view race times and pictures visit www.pimaturkeytrot.com.