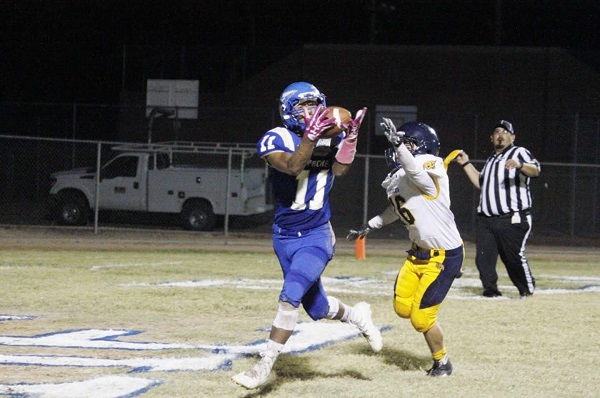 Drake Olivar hauls in one of his 62 catches this season. (Photo Contributed by Drake Olivar)

If you have ever had the pleasure of speaking with Fort Thomas High School graduate Drake Olivar, then you aren’t surprised to read that he has committed to play college football at the University of Minnesota Morris. From the minute he picked up the phone on Thursday night, I was impressed.

Olivar was spotted by the UMM staff during a combine the week June 29th as he prepared for the Indigenous Bowl in Soboba, California. After the combine the offensive coaches from UMM approached and asked Olivar if he would like to play football at the collegiate level. “I never thought this was going to happen but I didn’t have to think about it very long,” said Olivar. “I said yes right away.” 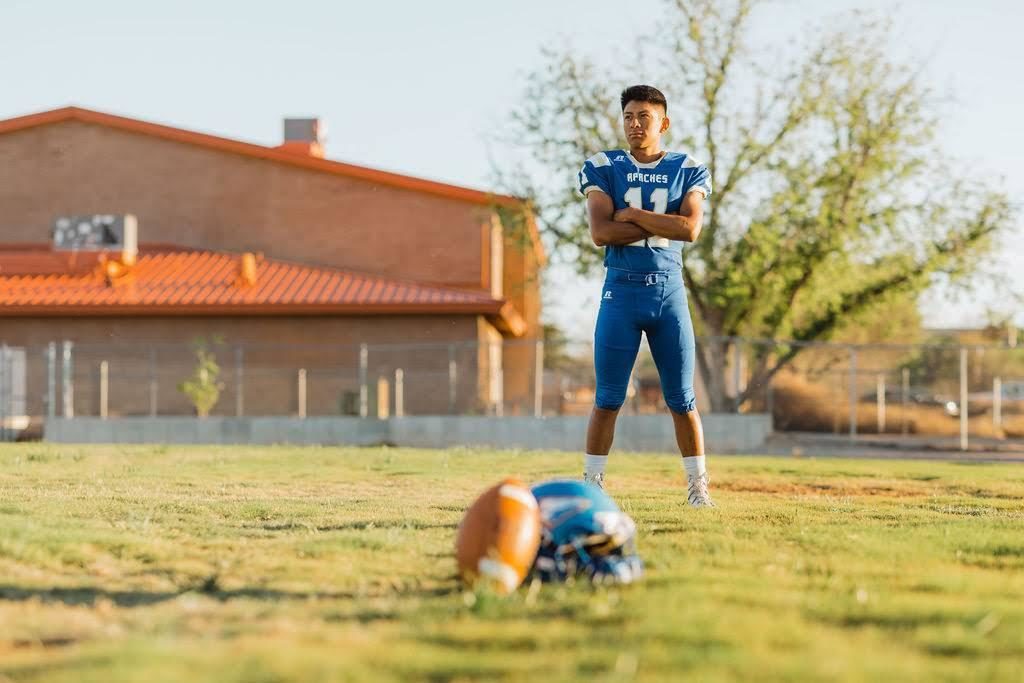 Drake and his family found out yesterday (July 24th) that he was indeed offered a spot at UMM.

“It really sank in then for my mom, April, that I’m moving to Minnesota,” added Olivar.

Olivar has only being playing organized football for 3 years but put up very impressive numbers at Fort Thomas High. His senior year he pulled in a whopping 62 receptions for 1,049 yards and 7 touchdowns. His season high was a 9 catch 232 yard performance against Salome.

“There are a lot of opportunities to leave the San Carlos Apache Reservation,” said Olivar. “A lot of people don’t take advantage of it. I wanted to make sure to get my education,” he added.

Olivar credits his mom, April, for always pushing academics ahead of athletics. He plans to major in some form of Biology when he gets to campus this fall.

His coach at Fort Thomas, Bracken Walker, isn’t surprised at Olivar’s rapid rise on the football field. “Drake is one of those kids that is very coachable. Combine that with the desire to be good and he worked himself into a great player in only 3 years,” said Walker. “He worked tirelessly on fundamentals and became a great player.”

UMM is located in Morris, Minnesota and is part of the Upper Midwest Athletic Conference, an NCAA Division III program.

The Cougars open the season September 7th at home against the University of Wisconsin – River Falls.