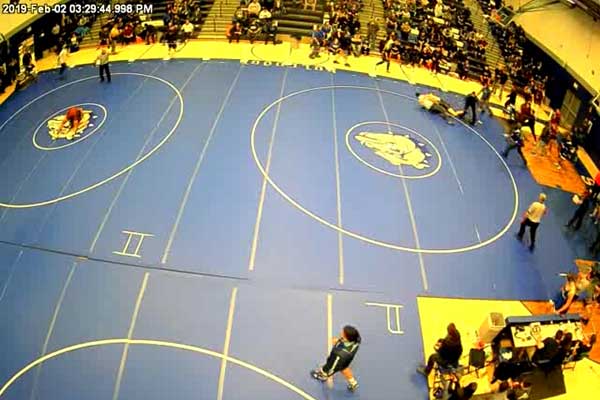 On February 2, 2019 at about 3:30 Safford Officers were dispatched to the Safford High School in reference to a fight and disturbance that took place during a high school sanctioned wrestling match.

Upon arrival to the school, Safford officers learned that a wrestler for the Canyon Del Oro High School (Michael Buda 18 years of age) had aggressively tackled the coach of his opponent team.  Team members from both teams, officials and school staff attempted to restrain Michael Buda, at which time his father (Michael Buda 39 years of age) crossed a barrier and came onto the mat area in an aggressive manner, creating the need to restrain him as well.

The case has been turned over to Safford Detectives for further investigation and charging determination.