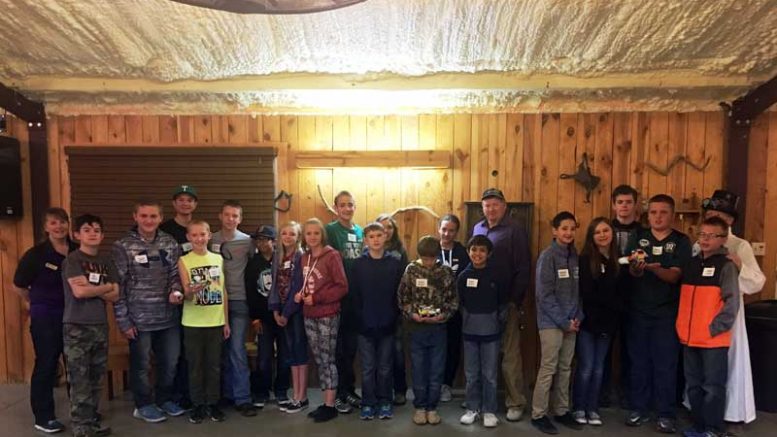 The day-camp was hosted by the EAC Discovery Park Campus and the activities were given by Dan and Khrystal Best from “Back to Nature – Classroom Connection.” The camp hosted 19 middle school students from Duncan, Safford, Thatcher, Pima and the Triumphant Learning Center, who participated in hands-on activities that began with naming and designing their very own eggs for the day.

“The goal of the camp was to help the students use their knowledge and imagination to successfully design and create vehicles that would protect their eggs from these forces,” said Paul Anger, camp director.

The experiments began by using bubble-wrap, cardboard and tape to create a layer of protection for the eggs. The students then divided up into teams to create LEGO cars to carry their “egg-stronauts” down a ramp and into a wall – learning about gravity, mass, acceleration and, ultimately, rapid deceleration and the effect it has on an object – in this case their fragile egg.

The next step was to re-engineer the LEGO car’s design to withstand these forces and better improve the egg-stronauts survival.  Each team sent their LEGO car down the ramp using a variety of ingenious methods to protect their eggs, including a break-away chassis, padded bumpers and even using friction on the wheels to slow the decent.

The concluding activity was building rockets designed to safely carry the eggs hundreds of feet into the sky.  Each team learned the proper way to mount the engines on the rocket and the egg in the carrier, as well as how to attach the parachutes to the rocket and egg-carrier.  But most substantially, the students learned the importance of properly packing the egg and folding the parachutes to ensure their proper opening to return their egg-stronauts safely back to Earth.  Seven successful launches were made near the Discovery Park Campus’ Ranch House.  The rockets and egg-carriers landed several hundred feet from the launch point, with the students retrieving them quickly. However, only three egg-stronauts were left intact at the end of the day.

“This was a great opportunity for these students to meet, work together and cooperate on designing both the LEGO cars and the rockets, and having fun while launching them to test their design ideas,” Anger said.

The Eastern Arizona Science Initiative’s mission is to provide quality extracurricular activities in STEM (Science, Technology, Engineering and Math) education to the students of eastern Arizona.  As a nonprofit group, we are comprised of teachers and professionals who volunteer with activities and events for our youth that are interesting and fun while still educational.  If you are interested in any of the EASI events or would like to share a charitable donation to help with future activities contact Paul Anger, chair of the Eastern Arizona Science Initiative, at paul.anger@eac.edu.