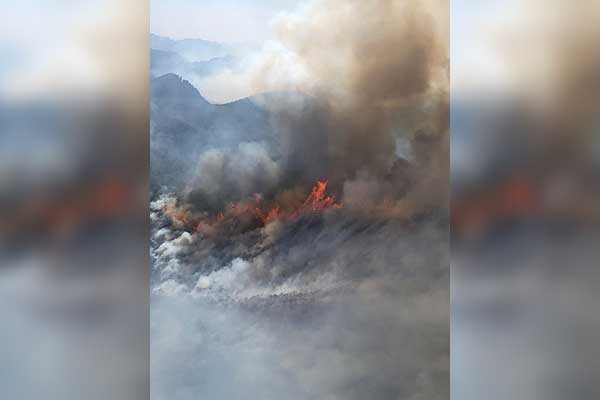 SUPERIOR – The Woodbury fire, which is burning in the Superstition Mountain area about 5 miles northwest of Superior has consumed more than 40,000 acres and is only 15% contained. The fire started on Saturday, June 8th, 2019 at approximately 1:30 PM. The cause is unknown.

Currently, there are 786 firefighters battling the blaze. Officials estimate the earliest possible containment will be July 1.

Crews are working to improve lines along the southern and western flank to protect Apache Junction, Gold Canyon and Queen Valley. As of Tuesday night there were no plans to evacuate any areas that could be impacted by the fire.

State Route 88 has been closed just north of Apache Junction to State Route 88 at Roosevelt Lake. The highway is a major route that leads to several popular recreational sites, including Apache and Canyon Lakes. Roosevelt Lake still accessible via SR 87 to SR 188, or via US 60.