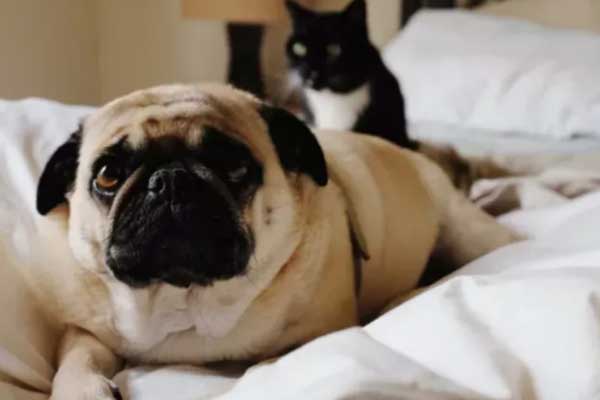 They scratch, they move, and they snore but a recent study shows women sleep better next to dogs than their human partners.

Women who share their beds with dogs report less disturbed sleep and greater feelings of security and comfort, according to a study published this month in the Journal of International Society of Anthrozoology.

The study found that both cats and humans were equally disruptive to women’s sleep and provided them with fewer feelings of comfort and security than dogs. Dog owners also tend to go to sleep and wake up earlier than cat owners.

The correlation between better sleep with dogs is based on self-reported data and has not been confirmed using an objective measure.

Women aren’t the only ones who report better sleep with dogs, however. Researchers from the Mayo Clinic in Arizona conducted a study of 40 healthy adults, both male and female, and found that people who slept with a dog in the bedroom got more rest than people who didn’t. However, this study found that sleeping with a dog in the bed as opposed to another place in the bedroom, could disrupt the sleep cycle.