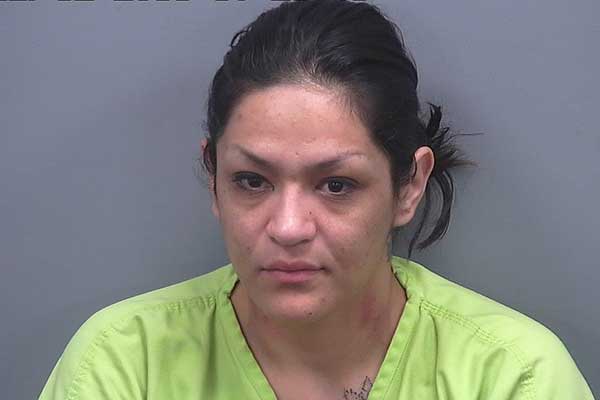 SAFFORD – Last Wednesday around 10:30 am, Safford police officers were advised that probation officers had seen a woman who had a warrant for her arrest crossing the street near the intersection of Highway 70 and 1st Avenue.

When an officer arrived the woman with the warrant, identified as Vanessa Tellez, was found walking northbound in the 400 block of 1st Avenue with a man. As the officer pulled up behind the two pedestrians, Tellez began walking really fast away from the officer. The officer apparently called out Tellez’s name and told her to stop. Tellez looked at the officer and then began running toward some apartments on 4th Street. A probation officer arrived and authorities began looking for Tellez in the area around the apartment complex. She was ultimately found hiding in the backyard of one of the apartments and was taken into custody. Tellez had apparently absconded from probation. She had a warrant for failure to appear on an original charge of possession of drug paraphernalia and promoting prison contraband. There was also another warrant out of Superior Court for possession of burglary tools.

Tellez was taken to the Graham County Jail. As she was being searched, a piece of cut straw was found inside her shoe. There appeared to be some brown residue in the straw and a chunk of brown substance was found with the straw. The arresting officer confronted Tellez about the substance. Tellez said that she forgot it was there, but told authorities that it was heroin

In addition to the charges on the outstanding warrant, Tellez is likely facing new charges of possession of drug paraphernalia and bringing it into the jail.