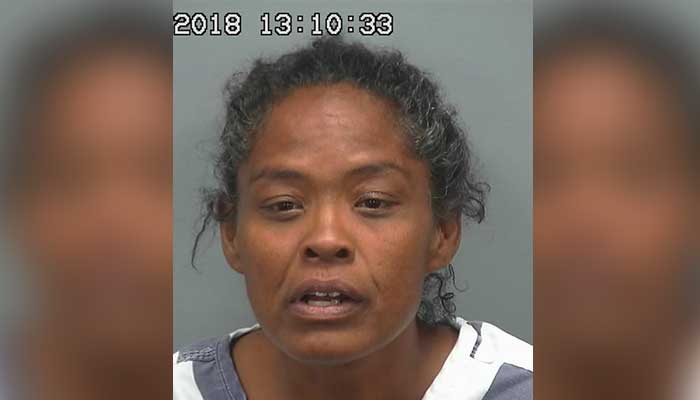 SAFFORD – Last Friday, around 4:30pm, several witnesses observed a fight in progress on Thatcher Boulevard in front of Dairy Queen where a man could be seen laying unconscious in the roadway. An employee of the Arizona Department of Corrections stated they were driving by and saw the man strike a female, identified as Evelyn Young, in the face as they were walking along Thatcher Boulevard. Young then knocked the man to the ground and continued kicking and stomping his head as he was on the asphalt. The employee stopped his vehicle, tackled Young to the ground and detained her until authorities arrived. Another witness stated they saw Young knock the victim down and kick him in the head while he was on the ground. The witness helped direct traffic to make sure no one got run over. Several individuals rendered aid to the man who was laying in the roadway.

Lifeline ambulance arrived and transported the man to Mount Graham Regional Medical Center for treatment. An officer followed the ambulance to the emergency room but the victim was unable to speak due to his injuries and possible intoxication. Young was booked in the Graham County Jail.

Just the day before, Young and the man had been seen actively fighting in front of Little Caesar’s. As authorities began to arrive, one of the officers witnessed Young hit the man in the face. Officer’s recognized Young from multiple contacts.  The man had blood on the side of his face and nose, but denied anything happened. The man had slurred speech and a strong odor of intoxicants coming from him. The man reported that he and Young were just arguing, had been together for 3 years, but did not wish to press charges.

The two left on foot and were instructed not to meet back up for the evening.