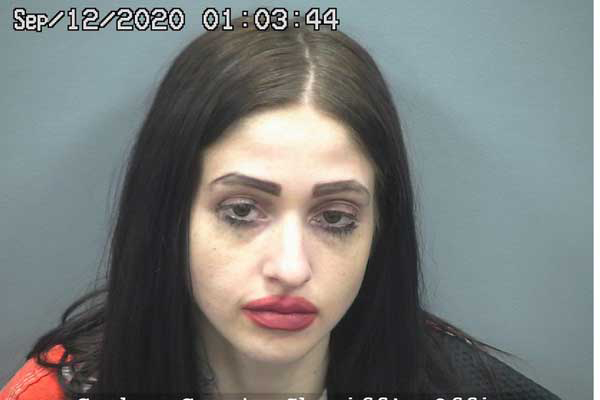 SAFFORD — A Safford woman is facing child abuse charges after her 4-month-old son was left underneath a woodpile for about 12 hours.

Safford Police were called after the child’s grandfather discovered the child, first thinking the noise the baby was making was coming from a cat. The man and his wife told officers they didn’t initially recognize the child as their grandchild due to the amount of dirt on the child.

The child suffered multiple scrapes and exhibited signs of exposure to the sun; however, it was determined the child did not suffer any life-threatening injuries.

Officers said the mother, identified as Destinee Ballard, initially said she had miscarried a baby and, when confronted with the baby’s situation, said the child must have “reincarnated.”

Ballard’s parents told officers she had been acting “strange” of late and officers said Ballard repeatedly answered, “I don’t know” to questions regarding her child.

Ballard was taken into custody on charges of child abuse, child neglect and child endangerment. Child Protective Services was contacted, which also initiated an investigation into the incident.