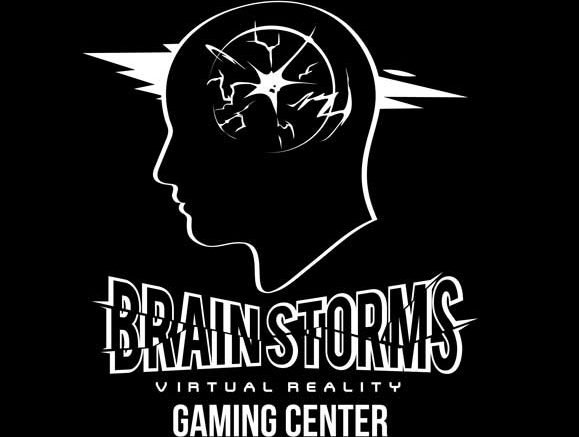 Brainstorms NVR Virtual Reality is a new virtual reality gaming facility at 214 W. 7th St. in Safford. It will celebrate its grand opening May 6.

SAFFORD – Imagine being able to go virtually anywhere, experience anything, play sports on the grandest of stages, have fascinating learning experiences and save the world from zombies without ever leaving town. With Brainstorms NVR Virtual Reality at 214 W. 7th St. in Safford, for a few bucks anyone can be the star of their own adventure.

Brainstorms is a new virtual reality gaming facility in Safford that features seven different play areas where friends and families can watch the fun on their own flat screen TV’s and see what the player is doing and where they are going in virtual reality. Once a player puts on the VR goggles and headphones, they are immersed in another world of their choosing, washed away from the real world and into one with fantastical experiences. With a 110-degree field of view, intuitive wireless hand-held controls and HD haptic feedback, the Vive provides an unparalleled sense of immersion. 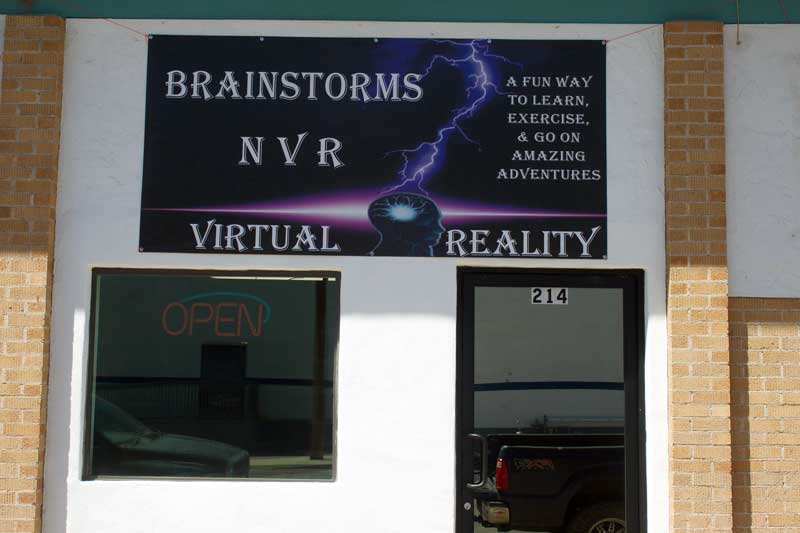 The play areas are safe, however, with padded seats for watching the gameplay and a virtual fence loaded into the system to make the user aware of when to stop. Unlike other virtual reality set ups, the HTC Vive is made for vigorous movement and activity, which is beneficial in a multitude of adventures and games. 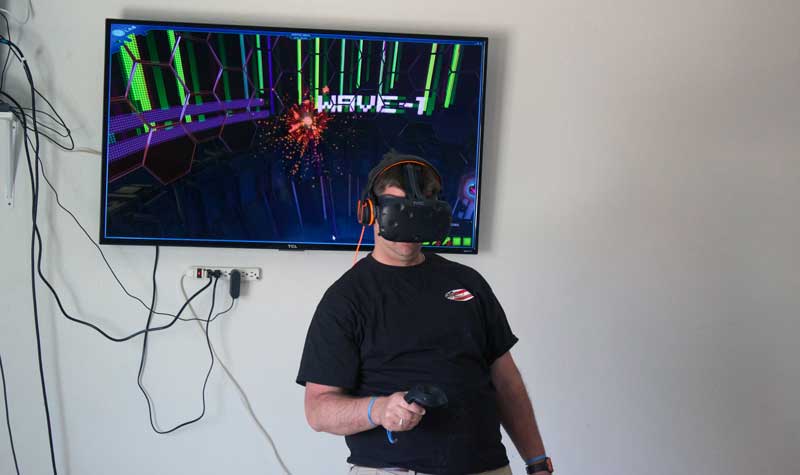 Jon Johnson Photo/Gila Valley Central: Jace Nelson gets into the groove during an alien shooting game.

Owners and operators Steve and Chris Hunt fell in love with the concept after being introduced to the system by Steve’s son.

“I love it for the fact that it’s kind of going toward the learning education side,” Steve said. “I think it’s going to be amazing.”

“But its also fun, too,” Chris interjected. “We’ll have shoot em’ up zombie games too.” 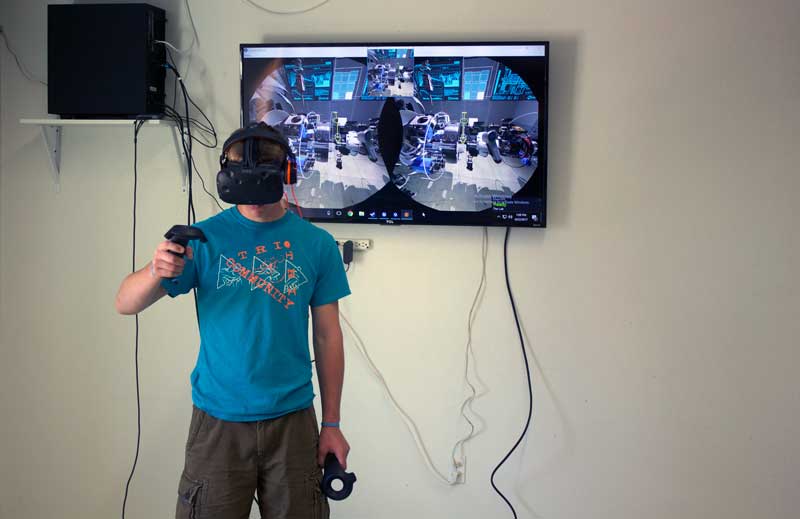 The 21st century-style arcade features the HTC Vive virtual reality system and is finishing setting up shop for its scheduled grand opening May 6. Hours of operation will begin at Monday-Thursday from 3-9:30 p.m., and Friday-Saturday from 11 a.m.-11 p.m. Prices vary depending on how much time on the system is purchased but starts out at $10 for 15 minutes and goes to $40 for an entire hour. That price is for one VR area, in which several people can take turns on the system while those not playing can follow along on the flat-screen TVs. The Vive was recently awarded Top Tech-Best Gaming of the 2017 Consumer Electronics Show and Best Gaming Device.

The facility is also available to rent out for special occasions – such as a birthday party – and features a special party room. In the party package, a group gets the use of four VR areas for two hours for $250. For larger groups, the entire facility can be rented out as well. 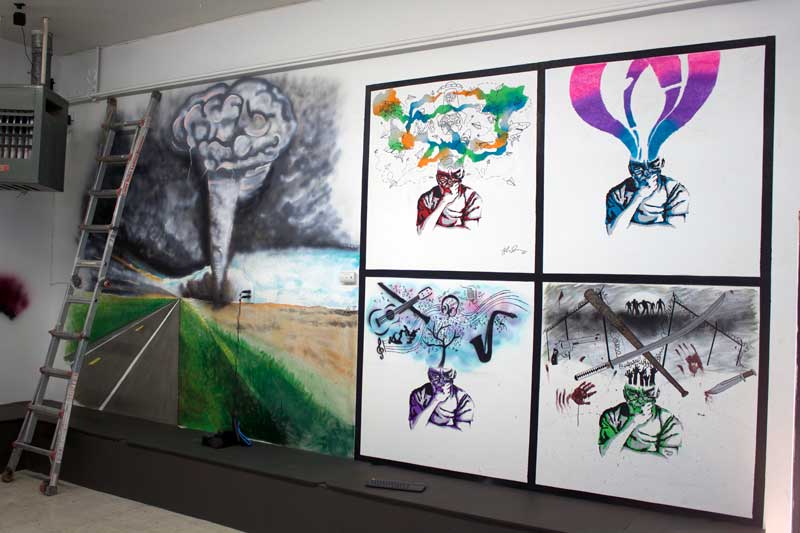 In addition to a variety of action games, the HTC Vive features creative non-gaming tools as well, such as Tilt Brush for 3-D art and Virtual Desktop, and non-traditional games, including Audio Shield, where the user defends themselves against the notes from their favorite songs.

Users can also travel underwater or into space with Apollo 11 or travel to distant moons or just cruise around our world with Google Earth. Additionally, there are a number of educational titles, and, of course, there are also plenty of action games, including ones in which the user shoots at zombies and saves the world as well as a number of sports and exercise-oriented games. Steve told Gila Valley Central that he works up a sweat playing an archery simulator game.

With something for everyone, Chris Hunt said the games are suitable for young children around 3-5 years old – depending on their level of maturity – up to the eldest of customers.

So take the plunge, head down to Brainstorms at 214 W. 7th St. in the Sun Ra building across the street from Thriftee Food & Drug and experience the world of tomorrow for yourself. You are sure to be amazed at what you find.

For more information or to stay updated visit the store’s Facebook page by searching for Brainstorms Virtual Reality or call Chris at 928-965-3099. 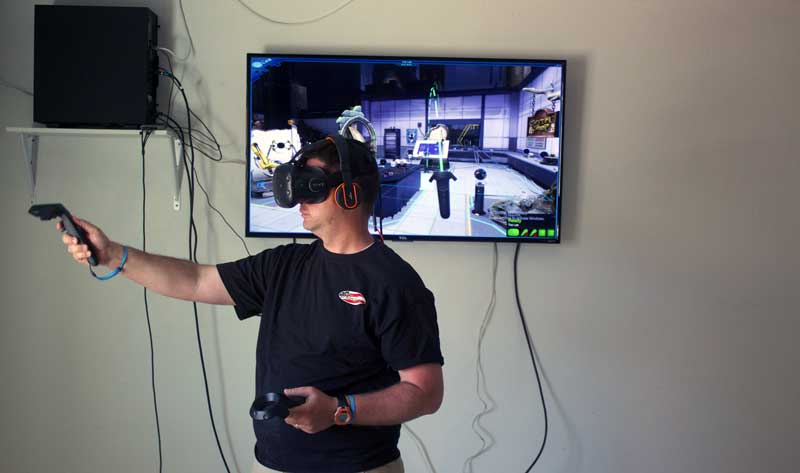 When: Grand Opening Friday, May 6

Why: For the experience of a lifetime 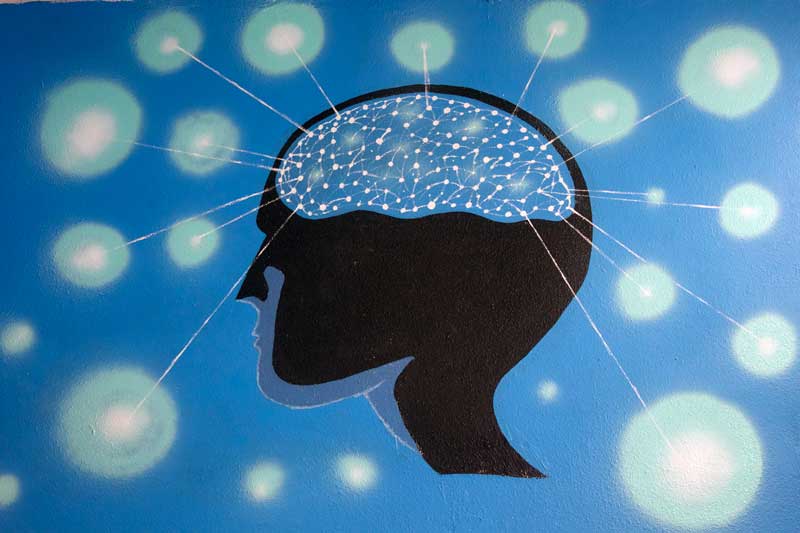 Jon Johnson Photo/Gila Valley Central: Brainstorms will open your eyes to a whole other world of virtual reality.

This article is sponsored by Brainstorms NVR Virtual Reality