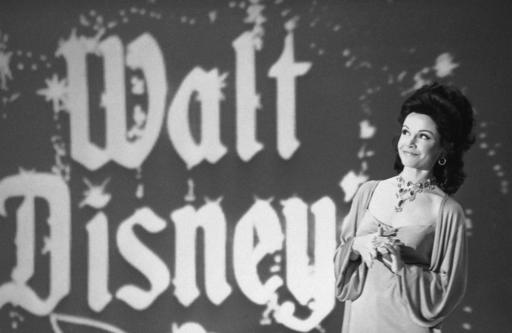 FILE - In this Jan. 3, 1978 file photo, actress Annette Funicello recalls moments when she played a "Mouseketeer" on ABC's first successful daytime television show, "The Mickey Mouse Club" in Los Angeles, while she was taping an ABC Silver Anniversary Celebration special. An outfit worn by Funicello on the show is up for bid in an auction of Disney memorabilia that begins June 18, 2016. (AP Photo/Lennox McLendon, File)

LOS ANGELES (AP) — An original animator’s desk from Walt Disney Studios and a vintage Mickey Mouse doll signed by Walt Disney are among the items up for bid next month in an online auction of rare Disney memorabilia.

The website of Van Eaton Galleries lists more than 700 items for sale.

Among the items listed are original production cels for Disney classics like “The Jungle Book,” ”Sleeping Beauty,” ”Bambi” and “Snow White and the Seven Dwarfs.” Collectors can also bid on costumes from the original “Mickey Mouse Club,” including one worn by Annette Funicello.

An exhibition titled, “Collecting Disney,” opens Wednesday at the gallery in Sherman Oaks, California, ahead of the online auction that begins June 18.