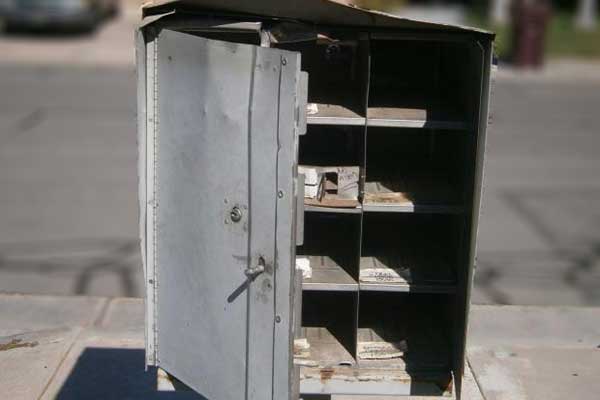 File photo for illustration only

A Safford Police Officer was dispatched to the Safford Post Office, at around 11:00am, on Wednesday, September 25th in reference to criminal damage to mailboxes.

When the Officer arrived, he spoke to the Safford Postmaster who stated that over the past several weeks there have been three reports of incidents of damage to community mailboxes.

Mailboxes in the 1300 block of 20th Street, in the 1200 block of El Paso Boulevard, and on 19th Street had all been damaged. The postmaster said that it appeared that all of the mailboxes had been pried open with a crowbar and all of the mail inside taken. Another Safford Officer had recently taken a report from a person who lost a $300-dollar check during this vandalism.

The Postmaster told the officer that the mailboxes on the 1300 block of 20th Street had been repaired on September 24th, and were torn open again early on the morning of September 25th. She stated that she suspects that all the break-ins and damage has been happening at night.

The Postmaster said that if this damage continues, the post office will be forced to shut down the community program for drop boxes.