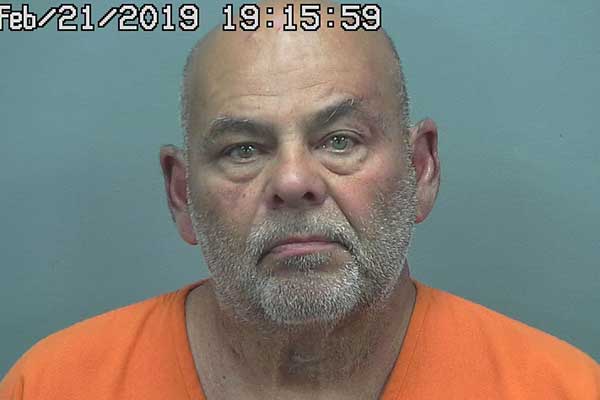 SAFFORD – Last Wednesday authorities were dispatched to Walmart due to the report of two males committing fraud. The men are seen on video surveillance entering the store with nothing in their hands, and then walk back to the sporting goods section.  The officer reviewing the footage recognized one of the men as Eddie Sanchez. The man with Sanchez is seen with a mug in his hand. The men walked back to the front of the store and split up as they neared Customer Service. Sanchez continued to walk through the store while the other man is seen returning the mug and receiving $24.90 in cash. The drivers license the man presented for the return identified him as Michael Macias. The officer confirmed the identification of the man in the video through DMV as well as past booking photos. The men were seen on video driving away in a silver SUV.

The officer looked up Sanchez’s address, and as he neared the residence the officer noticed the same silver SUV fail to stop at a stop sign. The vehicle continued around a corner without breaking or slowing down. The vehicle passed the officer where Sanchez could be seen sitting in the driver’s seat. The officer conducted a traffic stop and explained to Sanchez what had been observed on the video at Walmart. During the traffic stop it was discovered Sanchez had an outstanding warrant for his arrest and was driving on a suspended license. Dispatch showed Sanchez had 2 DUI convictions and the status of his license was revoked. The vehicle was towed from the scene and Sanchez was booked into the jail.

Two days later the officer made contact with Macias at his residence. Macias stated he had fallen on hard times and Sanchez had come to his residence and told him that he needed to go somewhere with Sanchez.  According to Macia, Sanchez drove them to Walmart and selected the mug from the shelf. Macias told authorities that Sanchez coached him on how to return the item. Macias then told the officer after the exchange, he had given the money to Sanchez but didn’t know what he did with it. They had driven to check on some prescriptions and then Sanchez drove Macias straight home. Macias also admitted recently using meth. The officer informed Macias he was being charged with felony fraudulent schemes. Formal charges are pending.