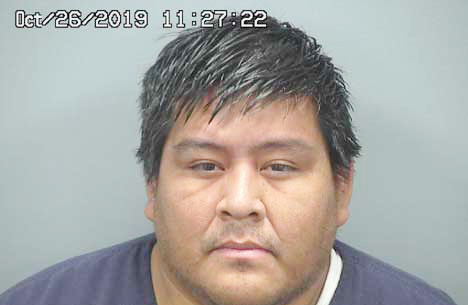 SAFFORD — The man who shot into the Bullpen bar in Safford in 2019 will serve seven years behind bars.

In the early morning hours of June 24, 2019, Tsosie was causing problems at the bar and asked to leave. He returned with a gun and fired multiple shots in to the bar from outside the front door, and then he reentered the bar and fired two additional rounds.

No one was injured in the shooting.

He pleaded guilty to aggravated assault dangerous, which called for a sentence of no fewer than five and no greater than 15 years. He will also be placed on probation upon his release from prison.

“This is truly a sad case, and illustrates how 75 seconds of idiocy can alter the course of one’s life forever. Neither the victims nor the defendant will ever be the same after this shooting,” said L. Scott Bennett, assistant county attorney, who prosecuted the case. “I believe justice was done and I hope that this will serve as a clear reminder that guns and alcohol do not mix.”