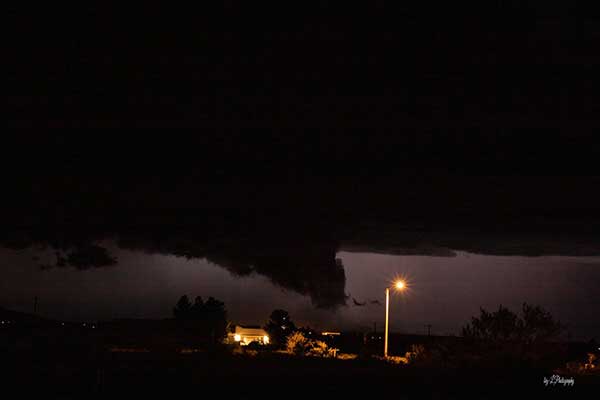 A tornado reportedly touched down in the Willcox area last night. The Cochise County Sheriff’s office released a statement that a report came in at approximately 9:30 p.m. last night that the tornado touched down briefly around Hamilton Road. Reports indicated that multiple power lines were down and several buildings were damaged by high winds.

The Cochise County Facebook page said a total of four homes have been reported damaged, but all residents have been accounted for. The Cochise County Sheriff’s Office said that there was a reception area for people to go to if their homes had lost power. Utility crews worked quickly and power has apparently been restored.

The Cochise County Sheriff’s office said that the National Weather Service warned them yesterday that they were “in the path for some good old fashioned ‘dying gasp from a hurricane.”