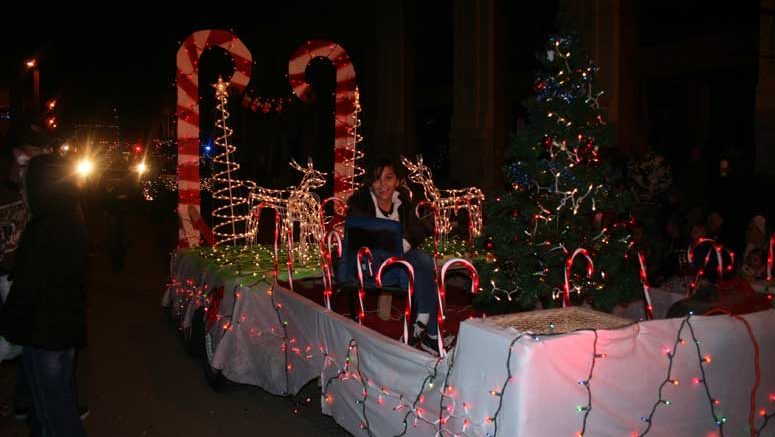 Photo By Gualterio Casias: The 21st annual Festival of Lights is Saturday in Clifton.

Drawing to be held for $500 cash prize

By Gualterio Casias
CLIFTON – Who would have thunk it? That is, who would have thought, guessed or predicted it back then? Yesiree, the annual CliftonFestivall of Lights is approaching the quarter-century mark this Saturday, Dec. 2.
This weekend’s event is the 21st anniversary of the festival and its accompanying Parade of Lights. Instead of fizzling out and being in its death throes as sometimes happens with some events, the festival is going stronger than ever. That has a great deal to do with community participation and support, said Espie Castaneda, a longtime member of the festival’s organizing committee. 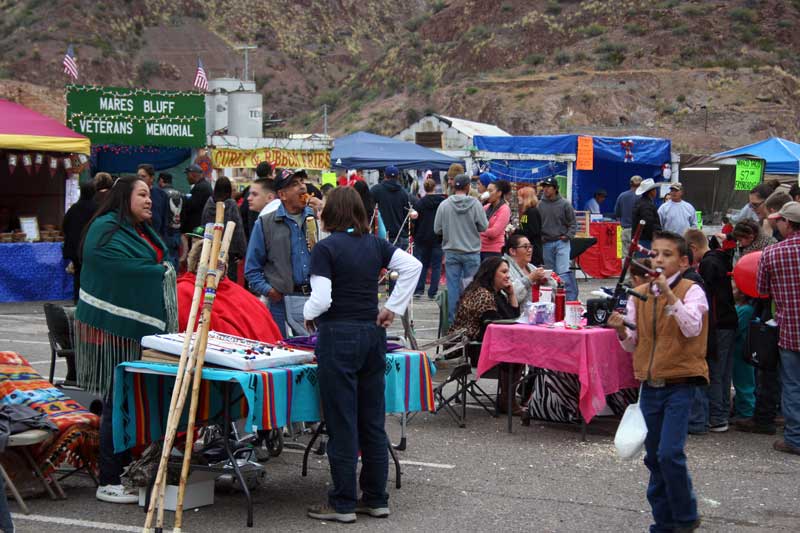 Undoubtedly, because the event is sponsored by the town of Clifton, it has enjoyed some stability than it might otherwise. The town does not pay for people to participate, but it does contribute plenty of manpower via the hard-working Public Works Dept. That includes providing vendor booths, electricity, trash receptacles and post-festival cleanup. The cleanup in itself is a major challenge.
The Clifton Police Department is always on hand to ensure that things remain peaceful and everyone is safe. After all, the festival is held in the parking lot of historic Chase Creek, which parallels always-busy U.S. Highway 191 North.
“I think it’s one of the most important events the community looks forward to,” Castaneda said. “The festival has a more local touch, more of a hometown local feeling. Vendors, float participants and every aspect has local participation.”
There are some out-of-town vendors but almost all are local.
She did point to Morenci’s Richard Morely, who has a fudge and peanut brittle business and started his business a couple of years ago at the Clifton festival. He has since been invited to the large  “Glendale Glitters” event for which vendors must be invited. Castaneda said he will be at Saturday’s festival.
“It’s nice to know that someone from here has gone on to do so well,” she said. 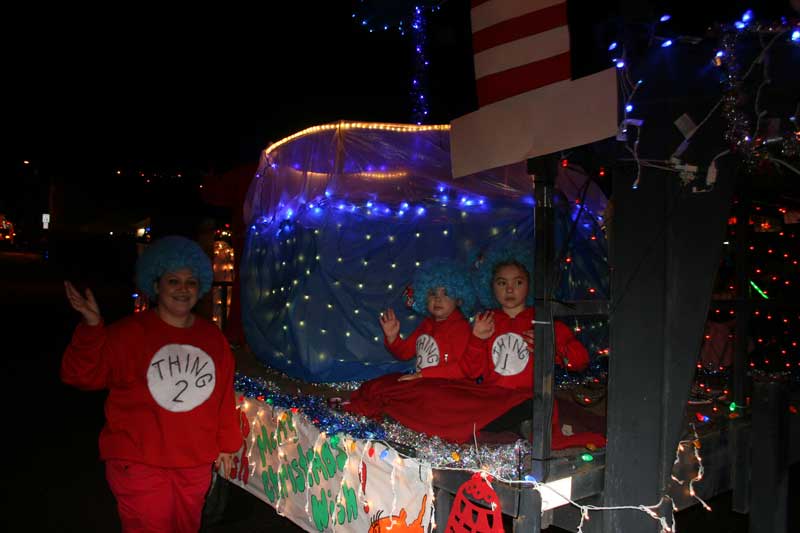 There will be entertainment for children and adults beginning at noon. That includes music provided by The Black Hills Band, Bella and Teresa Campbell and Adrie Pierpoint-Valenzuela singing selected Christmas tunes, a children’s choir and a musical presentation by Girl Scouts Troop 1573 of Southern Arizona.
Wristbands are $5 per child for various bounce-around events, Christmas train ride, face painting and a balloon artist.
The Parade of Lights will begin about 6:30 p.m. It is undoubtedly one of the highlights of the festival.
“People have some very good imaginations and work hard on their floats, whether it’s on a flatbed trailer or a pickup truck. Or for that matter, those who will be walking. I don’t think anybody has ever been disappointed,” Castaneda said.
She also pointed to the Morenci High School Marching Band, which has participated in the festival for many years.
“They are really something to see and hear,” she said. “They are excellent and add a lot to the parade. We’re grateful to have them.”
$500 drawing
As Christmas is fast approaching, who would not mind some extra spending money? That may be possible yet another special festival feature. It is a drawing for $500 cash. The winner need not be present to win.
There will be mini-raffles held every hour and the ticket holder must be present to win.