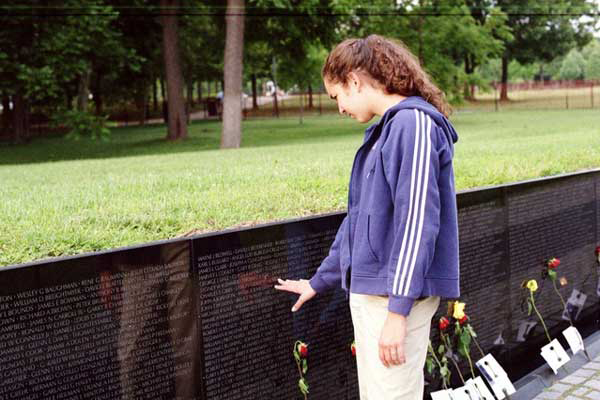 THATCHER — The Moving Vietnam Wall will be in Thatcher next month.

The wall will arrive in town Wednesday, June 9 for set up in H. Lyle Grant Thatcher Park, and will open to the public for free viewing June 10 through June 14.

Former Mayor Bob Rivera led the effort to get the wall in Thatcher and serves as the chairperson for the event. Former Safford Mayor Chris Gibbs serves as the program and volunteer coordinator, American Legion Commandant and Vietnam veteran Steve Oller is the ceremony coordinator, and Thatcher Town Councilman Ryan Rapier is serving as media coordinator.

The Moving Vietnam Wall is a replica of the memorial in Washington, D.C. It’s formed by 140 panels, measuring a combined 375 feet long and 7.5 feet tall. It’s made of synthetic granite and is engraved with more than 58,000 names. It also has LED lighting so the wall can be viewed day or night.

This will be the wall’s third time in the Gila Valley, having previously visited Safford in 2008 and 2010.