THATCHER – Red, hot flames consumed everything in sight. A thick, black, ominous cloud slowly lurched from the burning pyre and made its way west, on its way to choke the residents of Pima.

No, it wasn’t the end of times Wednesday morning, it was just the annual cleansing of the Thatcher wastewater plant facility by burning the plant’s reeds.

Thatcher utilizes a reed bed sewage treatment system that needs to be burned every year. At other times, the area serves as a wetlands for migrating birds.

This year, the burning went off without a hitch on a calm day. By 10:30 a.m., the operation was complete and the smoke had dissipated. 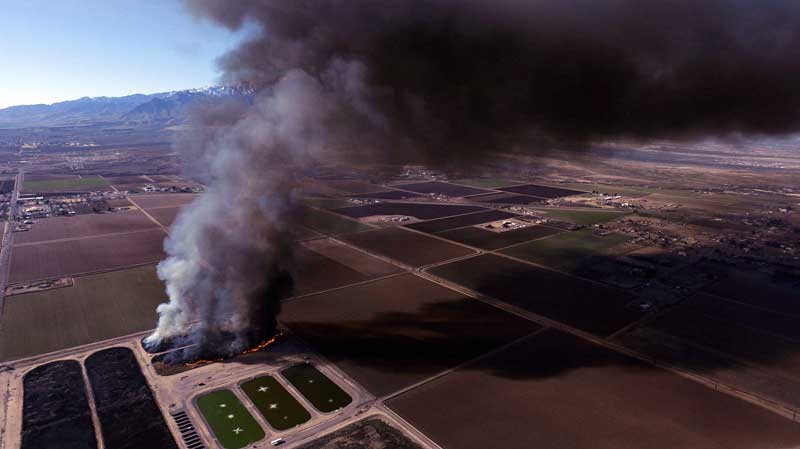 Slide show pictures were taken by Chip Griffin during the 2016 burning.