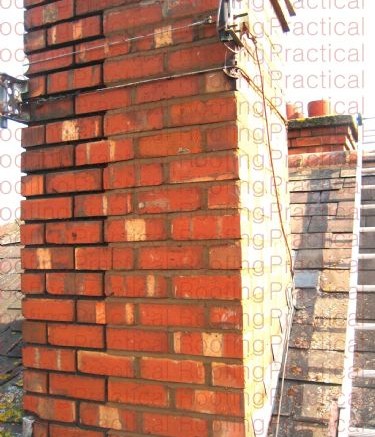 PHOENIX (AP) — Phoenix firefighters rescued a 13-year-old boy who got stuck in a chimney while playing with his friends on a roof.

The boy’s friends called 911 and their parents after he fell into the chimney Wednesday night, Capt. Ardell Deliz said. The boy tumbled about 5 feet into the opening, and the parents had no luck pulling him out.

Shortly afterward, the fire department arrived, and crews lowered a rope to him and got him to wrap it around his arms, Deliz said.

The boy had minor scrapes and bruises from the fall but no serious injuries, she said.

“He was just happy to be out of there,” Deliz said.

It marks the third time this year that the fire department has had to pull people out of chimneys, Deliz said. The other two occasions involved adults locked out of their homes who tried to get in through the chimney, she said.

People need to be careful around chimneys or holes in the ground, she said.

“We want to emphasize that this is not a place to play around in,” Deliz said.