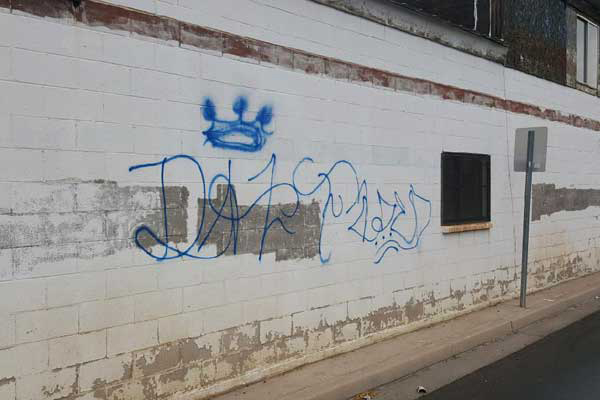 Contributed Photo. Safford Police are investigating a rash of graffiti from earlier this week, spray painted in blue like this earlier tagging.

SAFFORD — Safford Police are seeking the person or persons who sprayed graffiti on a number of buildings.

The first incident occurred July 20 at Firth Park, with graffiti in blue was spray painted on the west end wall. In addition, a rail at the skate park was knocked down, a hole was cut into the rubberized mats at the playground equipment and a bench was damaged at the entrance to the pool.

No suspects have yet been identified and investigation continues.