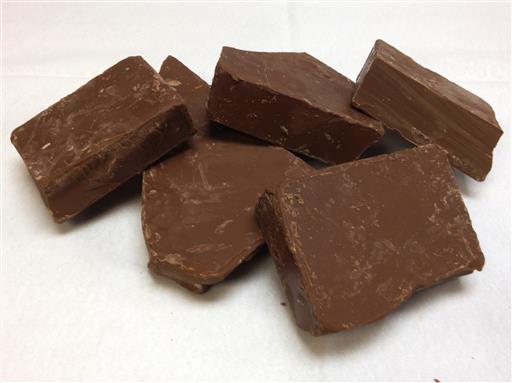 NEW YORK (AP) — Get a charge out of chocolate? New research suggests candy companies may be able to make lower fat versions of the tasty treat with a little electrical trick.

By running liquid chocolate through an electric field, researchers were able to make it flow more easily. And that means it doesn’t need so much fat, they say.

Cutting the fat in chocolate has been a much-studied challenge in the industry. The new approach was described Monday by researchers at Temple University in Philadelphia.

During production, chocolate is handled as a liquid that includes solids like cocoa suspended in melted fat and oil, they noted in a paper released by the Proceedings of the National Academy of Sciences.

A certain level of fat is needed to let the chocolate flow easily enough to be processed, they said. But they found an electric field can encourage flow too.

Using that strategy, they were able to reduce the amount of fat by about 10 percent, said researcher Rongjia Tao. In theory, they could reduce it by twice that much, he said.

The electric field makes the tiny balls of cocoa solids clump together into chains, which allows easier flow.

The work was partially financed by the Mars chocolate company, and Temple holds patents on the technique.

Tao said he could taste no difference in chocolate treated with his method, but that some others in his lab said it tasted better.

Mary Ellen Camire, professor of food science and human nutrition at the University of Maine in Orono, who was not involved in the project, said the paper left some important questions unanswered.

There was no scientific evaluation of how the treatment affects taste and texture, she said. Nor did the researchers test whether the treated chocolate would remain appealing after time in storage, she said.

Follow Malcolm Ritter at http://twitter.com/malcolmritter His recent work can be found at http://bigstory.ap.org/content/malcolm-ritter