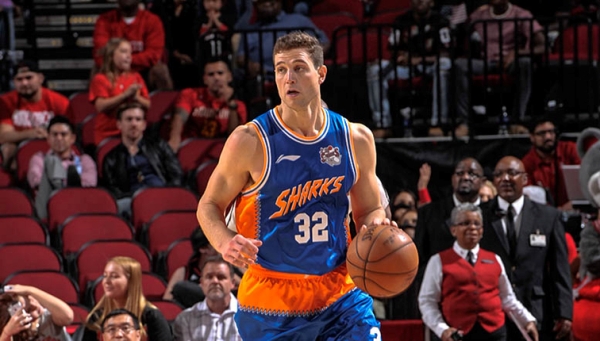 The Phoenix Suns today signed guard Jimmer Fredette, who most recently completed the 2018-19 season with the Shanghai Sharks of the Chinese Basketball Association where he led the league in scoring.

A five-year NBA veteran, Fredette has spent the last three seasons playing for Shanghai of the CBA and averaged 36.8 points, earning CBA All-Star honors in all three seasons and winning CBA International MVP in 2016-17. This past season he led the CBA by averaging 36.9 points in 43 regular season games and set a league record with 219 three-pointers made. He also set Shanghai team records for total assists (233) and total steals (112), averaging 5.7 rebounds, 5.4 assists and 2.6 steals during the regular season while shooting 48.0 percent from the field, 42.4 percent from three-point range and 91.7 percent from the free throw line. On Nov. 11, 2018, in the Sharks’ game at the Beikong Fly Dragons, Fredette scored a career-high 75 points, including a league-record 40 in the fourth quarter alone.

The 30-year-old was selected with the 10th overall pick in the 2011 NBA Draft by Milwaukee before being traded to Sacramento on draft night. A legendary college basketball performer, Fredette won every major National Player of the Year award in 2011 after averaging 28.9 points to lead the country in scoring. He played four seasons at Brigham Young University, averaging 18.7 points in 139 career games and helping the Cougars to four NCAA tournament appearances, including a Sweet 16 berth in 2011. The Mountain West Conference’s all-time leading scorer with 2,599 career points, he set a BYU and MWC record by scoring 52 points against New Mexico on March 11, 2011. A native of Glens Falls, New York, Fredette became Glens Falls High School’s all-time leading scorer before playing at BYU.

Fredette will wear uniform No. 32. The Suns’ roster now stands at 17 players.