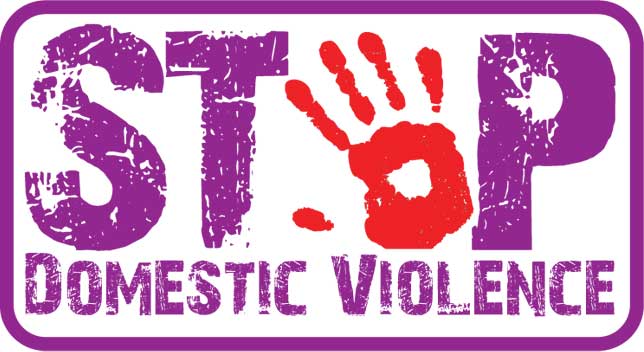 Domestic violence is becoming more frequent in society. In Graham County, law enforcement agencies respond to calls of domestic violence on a regular basis. If you are being subjected to domestic violence, there are organizations that can offer you help and support. In the event of an emergency, call 911. To find permanent relief from volatile situations, reach out to an organization that can help.

These organizations can help if:

What is domestic violence?

For violence to be ‘domestic’, it doesn’t have to occur within your home, only within a relationship (with family or an intimate partner). It occurs when someone close to you has power and control over you. This control or abuse can be expressed in different ways. If you’re being subjected to domestic violence, there are a number of organizations that can offer you help and support.

Physical abuse
If someone is hurting you physically, or is threatening to hurt you, a loved one or a pet, then you will need to take action.

Emotional abuse
Emotional abuse often goes unrecognized and can be very hurtful. Someone who is emotionally abusive towards you wants to chip away at your feelings of self-worth and independence.

Economic abuse
If someone close to you controls your finances and keeps you financially dependent on them so that you always have to ask them for money, this is a form of domestic violence.

Social abuse
Social domestic violence occurs when someone insults or humiliates you in front of other people, keeps you isolated from family and friends, or controls what you do and where you go.

Spiritual abuse
Spiritual domestic violence involves preventing you from having your own opinions about religion, cultural beliefs and values. It may also involve manipulating your thoughts on spirituality in order to make you feel powerless.

Recognizing that there’s a problem is the first step in getting help. The second is to know that you’re not alone. If you need to get out fast, you have a number of options:

Go to a refuge
A shelter or refuge is a place where you can seek temporary accommodation while you sort out your next steps. There are also usually other services available in refuges, including legal advice, emotional support, practical help (such as food and clothing), and good security.

Go to family or a friend
If you can, get in contact with a trusted family member or friend and ask if you can stay with them while you work out what to do next.

Legal support
Arizona has laws designed to protect against all forms of domestic violence. To learn what legal resources are available visit AZCourts.gov.

It’s a sobering reality that one in four women in the U.S. will experience domestic violence in their lifetime, most frequently by someone they know. Female victims most commonly first experience domestic violence between the ages of 18-24 (38.6%), followed by age 11-17 (22.4%), age 35-44 (6.8%) and age 45+ (2.5%). Almost one out of five or 16.3% of murder victims in the U.S. were killed by an intimate partner; women account for two out of three murder victims killed by an intimate partner.

Violence against women occurs predominantly behind closed doors at home with most cases having never been reported to police. But that doesn’t mean the problem isn’t visible and doesn’t spill into future generations. Domestic violence is the third leading cause of homelessness among families with 50% of all women who are homeless reporting that domestic violence was the immediate cause of their homelessness, according to The National Center on Family Homelessness.

The risk of perpetrating intimate partner violence as an adult is two times greater for those who were abused or witnessed their mother being abused during their own childhood. Likewise, the risk of becoming a victim of domestic violence as a teen or adult is greatly increased when young people are raised in households where abuse is present.

While domestic violence happens to people in all walks of life regardless of age, gender, sexual orientation, race, religion, education, profession or socioeconomic status, there are statistical predictive indicators of domestic violence; probably the most important being exposure to it as a child.

3.3 Million: Estimated number of children in the U.S. each year that witness violence against their mother or female caretaker by a family member.
40-60: Percentage of men who abuse women who also abuse children.
1 in 5: Number of teenage girls who said they have been in a relationship where the boyfriend threatened violence or self-harm if a breakup was to occur.
85: Percentage of domestic violence victims who are women.
175,000: Number of workdays American employees miss each year on account of domestic violence.
40-70: Percentage of female murder victims in the U.S. who were killed by their husbands or boyfriends, often within an ongoing abusive relationship.

A lot of domestic violence focus is on adult relationships, yet the most common age in which intimate partner violence first occurs is 18-24 years old for both women and men. For women, the next most common age is 11-17 years old. Kids are most likely to talk about it with their friends rather than their parents, so if you are a parent make sure to talk with your children.

Teens report an even higher occurrence of abusive dating behaviors including physical, sexual, tech, verbal or controlling abuse; the most common abusive behavior experience is controlling behavior (47%), physical/sexual (29%) and tech (24%).

Threats of suicide or self-harm is the leading reason why a college student who is an abused partner stays in the relationship (24%). The next most common reasons are afraid of losing friends (20%) and dependent on abuser financially (12%).

52% of college students know someone in an abusive relationship yet only 8% see it as a major campus problem and many don’t intervene for the following reasons: think it will make the matter worse (62%), feel it is not their business (60%), think it will hurt their relationship with the victim (60%), they know the abuser (56%), and afraid the abuser might make their life more difficult (56%).

Teens that have witnessed violence within their own family are 50% more likely to be involved in an abusive relationship themselves.

Watch for These Signs

While abuse is never a survivor’s fault, having the foresight to spot warning signs before one’s life is in danger can be an invaluable skill. Some of it comes from listening to your gut, while other signs are more visibly apparent. The following signs can indicate domestic violence:

Feeling like you’re being controlled. This could include your partner telling you how to dress, who you can see or talk to, whether or not you can have a job, or your partner is restricting your access to money.

Feeling fearful that your partner might physically abuse you.

Having a partner with a pattern of low self-esteem or who expresses feelings of inadequacy or powerlessness.

A sense that your partner is objectifying you, treating you more like his or her property than an equal partner.

Having a partner who constantly blames their outbursts, anger or controlling behavior on external circumstances—a stressful job, family drama, drinking too much or just having a bad day.

Having a partner who constantly puts you down or calls you names.

Having your partner who threatens to leave or take your children away from you.

A general sense of feeling on edge or not feeling safe.

Noticing your partner is “overly kind” outside the home with friends, family or coworkers, and changes into a more threatening person with you behind closed doors.

When You Spot These In Someone Else’s Partner

What do you do if you recognize any of these signs in a loved one’s partner? The most important thing to do is not tell the victim what to do. By telling them what to do, we’re transferring that power to ourselves. We need to build back up their self-esteem. Instead, offer up information to the victim about resources that are available to help them. Many victims feel like they’re the only ones going through an abusive relationship, and that there’s nowhere to turn. Give them information about shelters, counseling services and advocate agencies that can help them escape.

Most importantly, let them know they do not deserve to be in this unhealthy relationship.