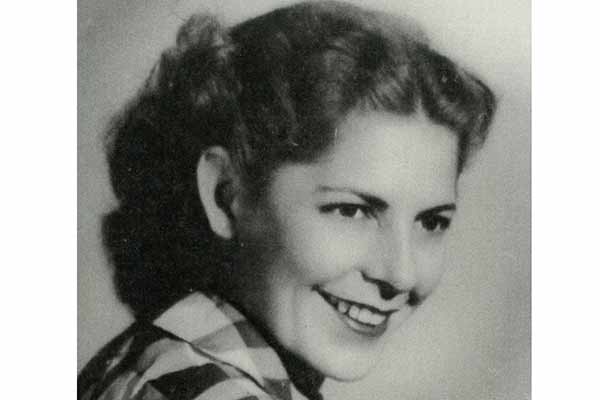 Stella Smith Southern was born in Thatcher, Graham County, Arizona, on May 24, 1918. She was the seventh of eight children born to Mitchell M. Smith and Joanna Hendricks. She was married to Samuel Southern twice. They had no children. Stella’s father died when she was 11 years of age. She enjoyed growing up in Thatcher, accompanying her father and brothers to work on the farm, spending time playing with her many friends, and taking baths outdoors in a number 3 washtub.

After a romance and marriage then divorce from Sam, Stella went to work for the Federal Government in Guam. While in the South Pacific right after World War II, she was able to travel to Indonesia and Southeast Asia. Upon her return, Sam and Stella remarried and settled in Dade County, Florida.

Stella acquired skills as a stenographer and began an extensive career in the Dade County Justice System as a Court Reporter. Upon retirement, Stella and Sam moved to Apache Junction, Arizona, and Stella continued working at Williams Air Force Base as a secretary. When Sam passed, Stella continued to work at Williams Field and taught herself how to use a computer.

Stella moved back to Thatcher in 1995, to be by her family and settled in a nice home behind her niece, Joanna. Stella became active in The Church of Jesus Christ of Latter-day Saints and received her endowment in the Mesa, Arizona Temple. She worked diligently in the early phases of the Family Search extraction project and became proficient in extraction techniques in the Spanish language.

In July 2010, when her sister Lucille (Morris) passed, she asked her niece, Joanna, to live in her home with her and care for her until she died. Stella passed quietly, in her home, on February 28, 2018, at the age of 99 years and 9 months, with Joanna at her side.

Funeral services for Stella will be conducted Friday morning, March 9, 2018, at 10:00 a.m., at Vining Funeral Home’s “Chapel of the Valley,” by Bishop Mark Stevens of the Thatcher Second Ward. Concluding services will follow in the Thatcher Cemetery.