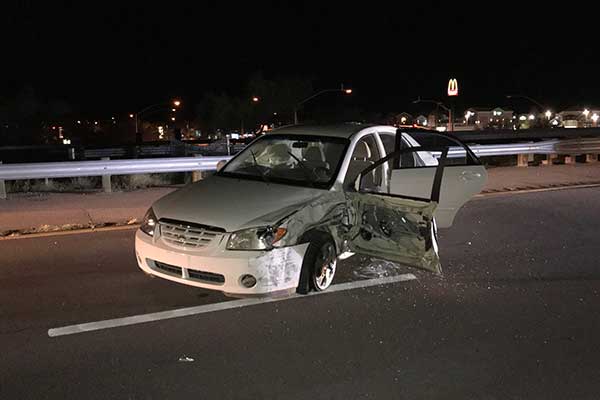 Tucson, Ariz. – On October 14, 2018, at 7:33 p.m., Arizona Department of Public Safety (AZDPS) troopers received reports of a white wrong-way vehicle traveling east within the westbound traffic lanes of Interstate 10, near Avra Valley. A trooper, assisting a stranded motorist in the area, heard the reports and responded; ultimately colliding intentionally with the wrong-way vehicle.

The wrong-way driver was found to be  a disoriented, elderly woman. She was not properly restrained during the collision and sustained non-life-threatening injury. She was taken to Banner University Medical Center in Tucson.

The trooper was treated for minor injuries.

AZDPS Director, Colonel Frank Milstead said, “The ability of our trooper to assess the situation and take decisive action to stop the wrong-way vehicle, protected the lives of many motorists while endangering his own. I am proud of our brave trooper and pray he makes a full recovery and never has to face another wrong-way in his life.” 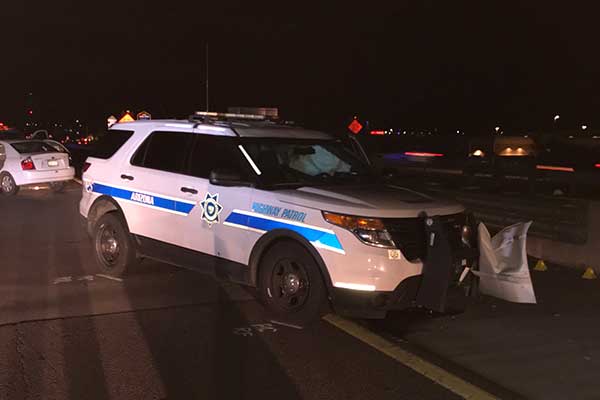