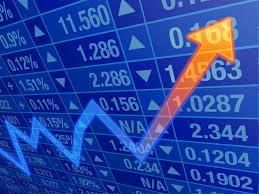 SEOUL, South Korea (AP) — Chinese stocks surged for a second day Thursday as confidence grew that stimulus measures are helping the world’s No. 2 economy to stabilize. Other Asian markets were mixed on renewed expectations that the Federal Reserve’s first rate hike in nearly a decade could take place as early as next month.

FED WATCH: Testifying before the House Financial Services Committee, Federal Reserve Chair Janet Yellen described the U.S. economy as “performing well” and an interest rate hike in December as a “live possibility” if the economy stays on track. Her view was echoed by another Fed policymaker later in the day. Yellen did stress that no decision has been made yet and a move in December will depend on how the economy fares between now and then.

ANALYST’S TAKE: “Even with weak data, Fed rhetoric increasingly points toward a December lift-off,” DBS Group Research said in a daily commentary. The report said it was only a week ago when markets lowered the odds of a December rate hike due to poor data. “Markets have had to adjust expectations rapidly.”

CHINA RALLY: Chinese stocks enjoyed strong gains in a sign that state intervention has quelled investor fears about the stock market after a dramatic wipe-out of gains over the summer. Angus Nicholson, a market analyst at IG in Melbourne, Australia, said stability in China’s economic data, such as retail sales and Chinese manufacturing indicate Beijing’s stimulus policies are starting to have an effect in supporting growth.

ENERGY: Benchmark U.S. crude futures rebounded, adding 4 cents to $46.36 per barrel in electronic trading on the New York Mercantile Exchange. The contract slumped $1.58, or 3.3 percent, to close at $46.32 a barrel on Wednesday as Yellen’s comments pushed up the dollar. Brent crude, which is used to price international oils, gained 4 cents to $48.62 a barrel.