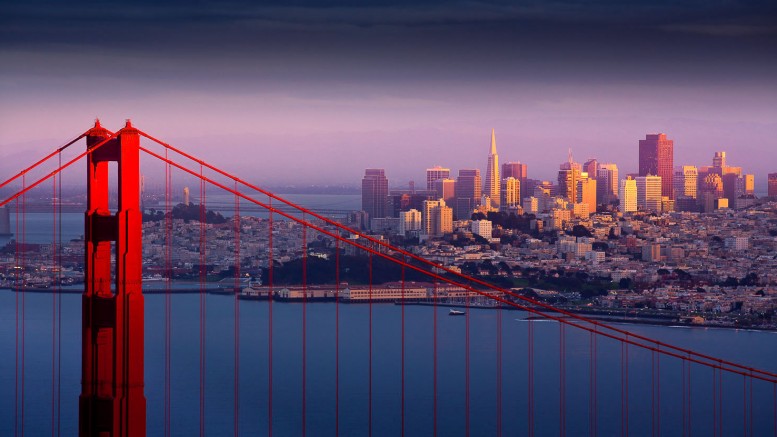 SAN FRANCISCO (AP) — A short, sharp earthquake rattled the San Francisco Bay Area early Monday, but there were no reports of injuries or major damage.

The U.S. Geological Survey said the magnitude-4.0 quake struck at 6:49 a.m. and was centered just north of Piedmont, near Berkeley. It was felt in downtown San Francisco, along the peninsula and in the East Bay.

“This was a fairly small one but we should be prepared for them at all times,” USGS spokeswoman Leslie Gordon said.

“Everyone’s outside to see if their homes were damaged,” Sean Lydon told the San Francisco Chronicle after running out of his home following the shaking.

Lydon, who lives just yards from the Hayward Fault and close to the epicenter of Monday’s temblor, reported minor plaster cracks at his home.

Bay Area Rapid Transit held commuter trains for about five minutes and there were minor delays as crews checked the tracks. No damage was reported.

The quake struck on the Hayward Fault at a depth of about 3.4 miles, according to the USGS.

There are several hundred known faults in the state and others that are not known, said Lucy Jones, a seismologist with the USGS. About 200 are considered potentially hazardous.

The Hayward fault runs from the cities of San Pablo Bay to Fremont and passes through Berkeley, Oakland and Hayward.

Monday’s quake came just one week before the one-year anniversary of the magnitude-6.0 earthquake that caused millions of dollars in damage and injured hundreds of people in California wine country.

The Napa quake was the largest temblor to hit the San Francisco Bay Area since the magnitude-6.9 Loma Prieta earthquake in 1989 on the San Andreas Fault.

The quake on Monday, along with the Napa and Loma Prieta temblors, all occurred during warm weather, but Gordon said there is no link between hot or muggy weather and temblors.

“You can look back at earthquakes records and there is not a correlation,” she said.