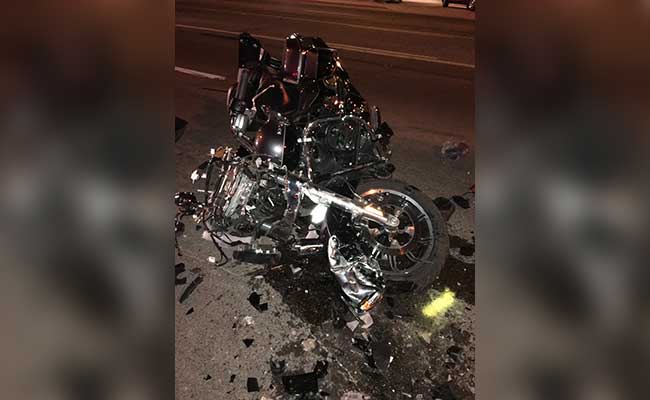 SAFFORD –  Last Thursday around 7:20 pm, officers were called to the area of Highway 70 and Hollywood Road due to a vehicle accident involving a motorcycle and a Semi truck. When an officer arrived at the scene, a man could be seen laying in the middle of the road about 10 feet from a motorcycle. The man appeared to be severely injured and according to the police report, the odor of an alcoholic beverage was present. Lifeline ambulance arrived at the same time and it was reported the man was critically injured and transported to the Mount Graham Regional Medical Center.

When the officer arrived at the emergency room, it was reported that the victim would probably be flown to Tucson. The officer requested  to have blood samples taken that would later be placed into evidence. Charges are pending the results from the blood draw. The man was flown to Tucson around 9:00 pm.