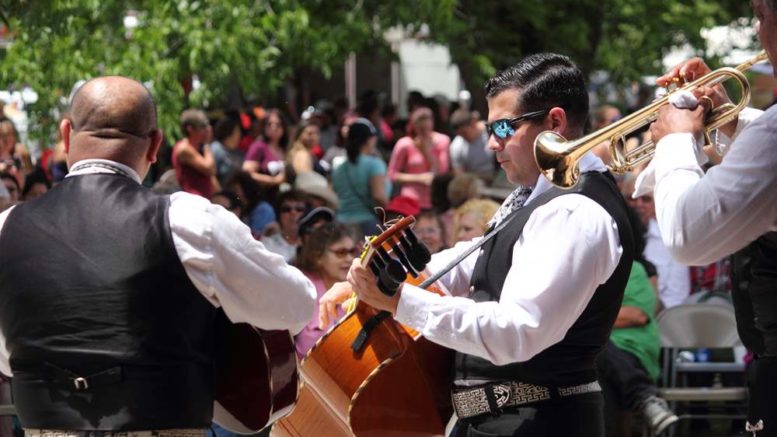 Saint Rose has hosted the event for 35 years, according to organizing chairman Victor Ornelas.

“We’re doing it for the community,” he said. 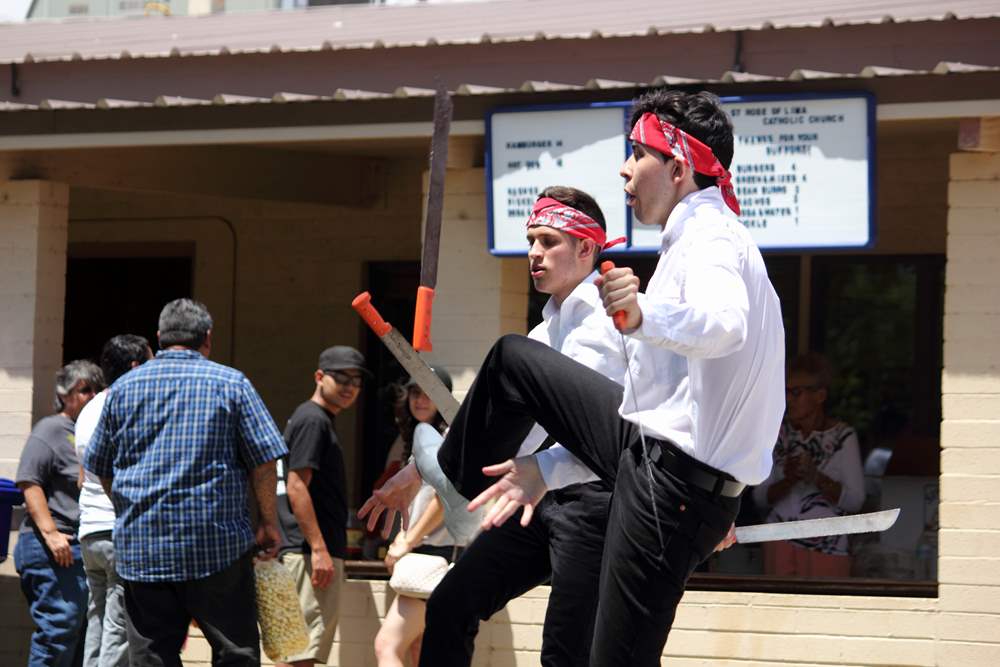 Ornelas said food for sale at the event, along with the car show and parade, attracted many people.

“Everybody likes the green chili,” he said. 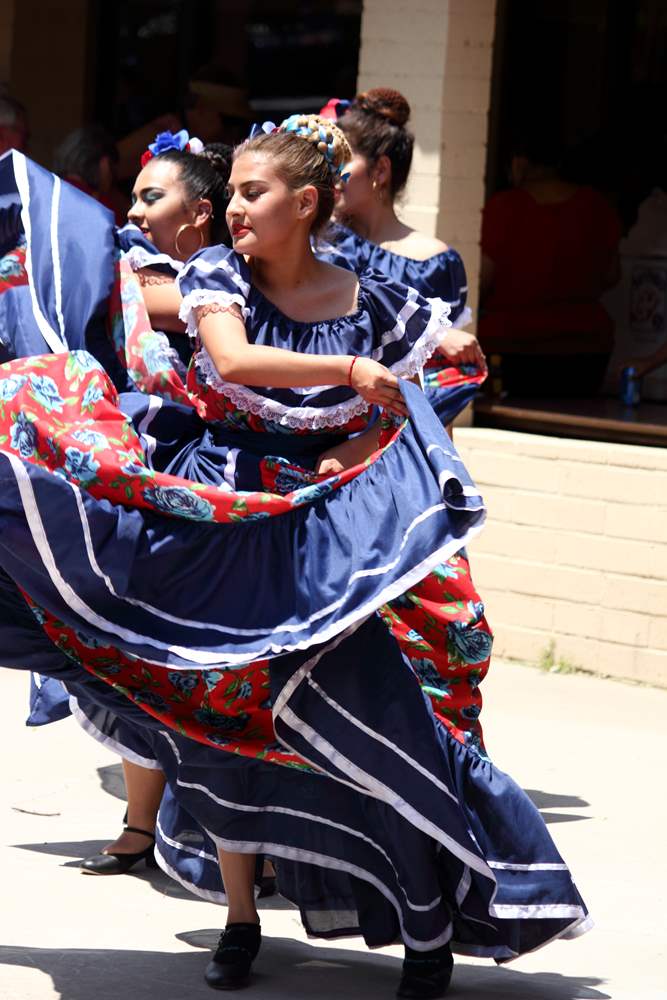 DHSF dancer Alejandro Ortiz said Cinco de Mayo is an important celebration for Mexican-Americans because on May 5, 1862, people in the Mexican town of Puebla defeated Napoleon III’s occupying French force that outnumbered them and had superior equipment. The battle demonstrated Mexico’s ability to stand against world super-powers like colonial France.

The celebration is commonly assumed to be the Mexican Independence Day, but that falls in September. Cinco de Mayo is actually more popular in the U.S. than in Mexico. According to Ortiz, that’s because of the inspirational nature of the battle.

“It gave power to Mexican-Americans that we could be more equal with the U.S.,” he said.

Sandra Jurado and her husband sold churros from Solomon Church Our Lady of Guadalupe’s booth to fund a new roof for the historic building.

Jurado said the resisting Pueblan force was composed of teenagers and young men. According to her, Cinco de Mayo is popular in Safford because the Gila Valley used to mark the northern border of Mexico until the Gadsden Purchase in 1852.

Her husband, Antonio Jurado, has a simpler explanation for the day’s popularity in the U.S.

“It’s just because Americans like to party,” he said. 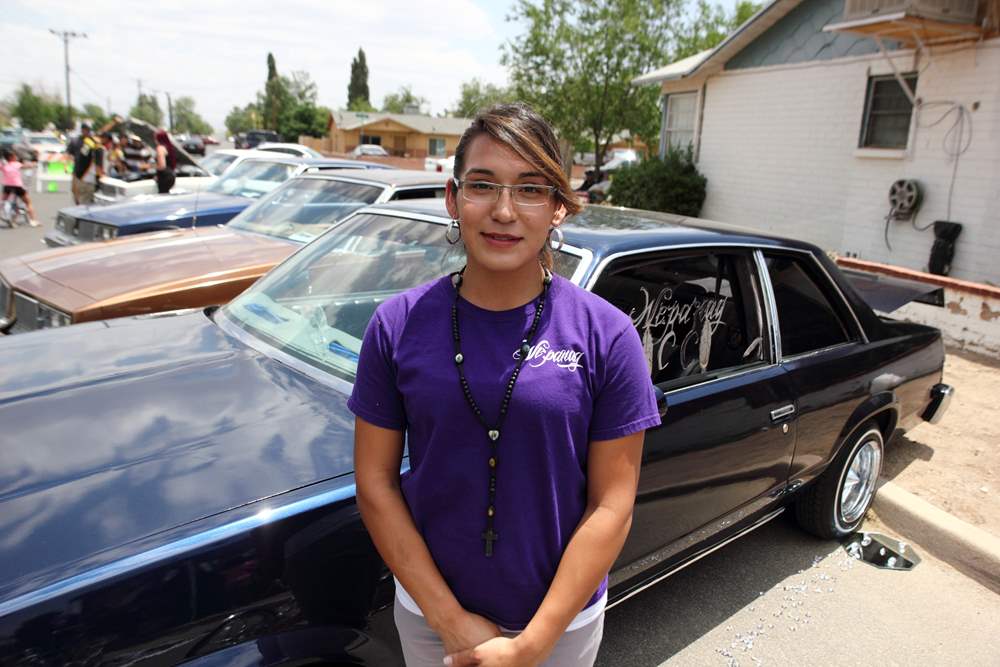 The Safford chapter of the Lowrider Style Car Club invited other clubs from across the region to show their cars, motorcycles, and bicycles. Isaiah Carrasco displayed his slammed Chevy 1500 truck in the car show. He said the fiesta had a much larger attendance than in 2016. He thinks the car show was the main attraction. 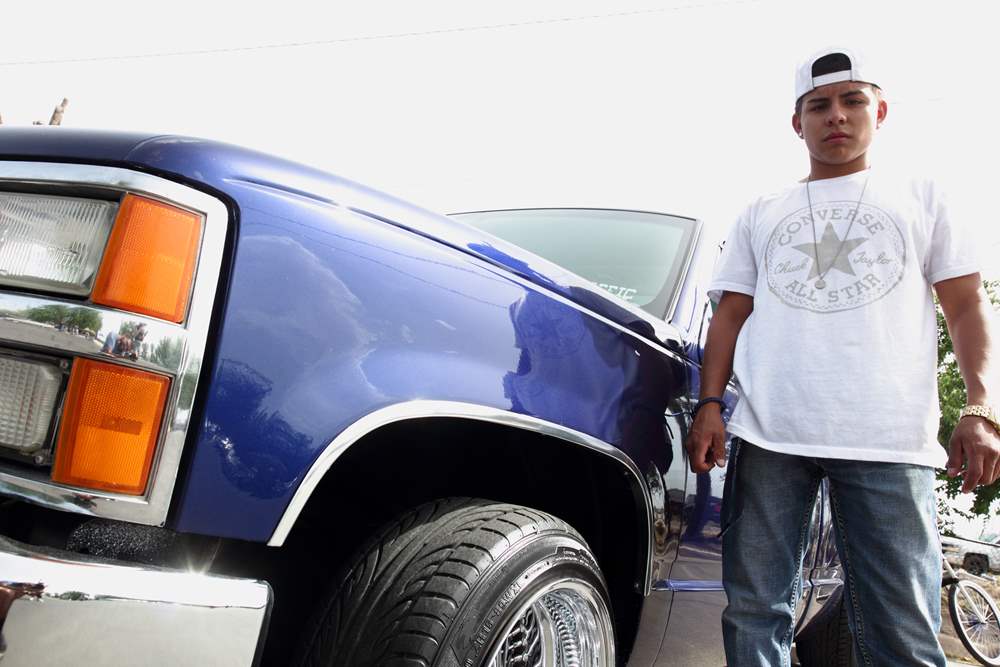 Eric Burk Photo/Gila Valley Central: Isaiah Carrasco has done most of the work himself to restore and modify this slammed 1990 Chevy 1500.