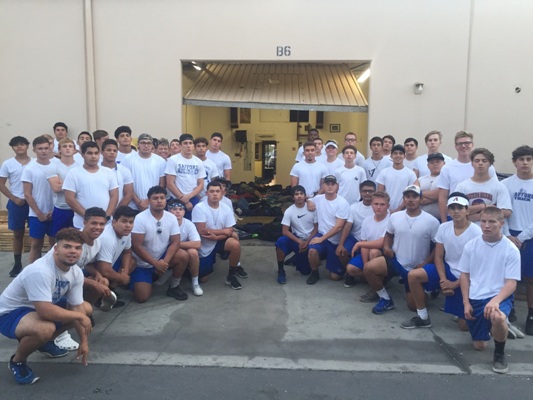 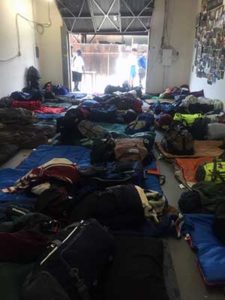 48 high school football players, 5 coaches, a warehouse and the beach. Not the start to your typical high school camp story but that is exactly how Safford High Football spent a week in California.

Head Coach Eric Hjalmerson took the Bulldogs on their first out of state camp since 1986 from July 9th through 14th in Newport Beach , California. The team stayed in a warehouse in Newport Beach and slept on the ground with just sleeping bags and a pillow. They then would travel ten miles to Huntington Beach on a bus to train for 3 hours every morning on the beach. The team then ate some lunch and headed to a nearby park for team walk-  through before retiring for the night in the warehouse back in Newport Beach.

“This camp isn’t about X’s and O’s or football,” said Hjalmerson. “It is about overcoming adversity as a person, we had plenty of that this week”.  The team endured long days of hard team work  and tight sleeping quarters to end the summer camp season. 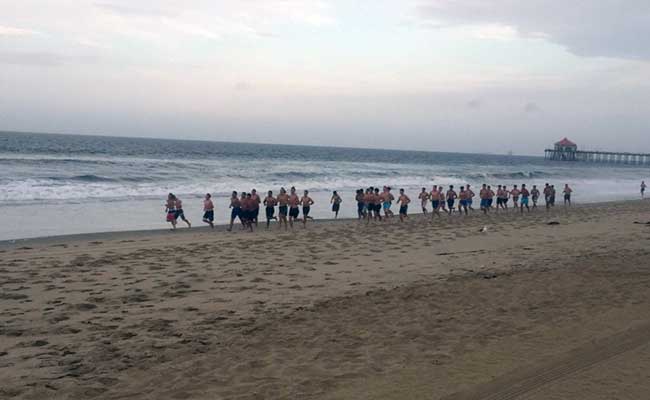 Coach Hjalmerson considers his first Beach Camp a huge success for Safford. “We couldn’t of pulled this off without a great coaching staff,” he said. Other than Hjalmerson, there was Mike Dorrell, Cliff Scrivner, Luke Arbizo and Bob Park who made the trip. Arbizo and Scrivner had to take off work from their full time jobs to make the trip.

This is a tradition handed down from Arizona coaching legend Paul Moro who would take his teams to train on a California beach during the summer. Hjalmerson went on 4 trips as a player for Moro at Blue Ridge and another six while coaching with Moro. This was his first as a head coach.

It wasn’t just Safford High staff members who helped make this trip a success. A former University of Arizona friend of Hjalmerson, Bill Johns, who just happens to be a business owner in Newport Beach was also instrumental in the trip. It was his warehouse the team stayed in for free. He also bought the entire travel party watches to wear while they trained.

MMA fighter Emmett Olvera also had a hand in picking up a few meals for the entire team while they were in California. 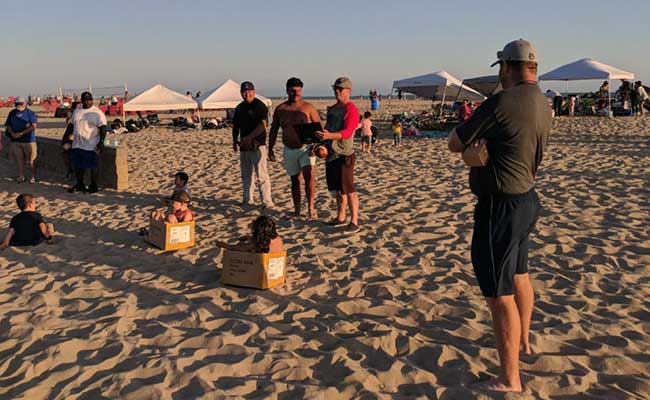 The team gives Olvera(left) and Johns(right) a gift to say thank you.

“The entire city of Newport Beach was very gracious and received us well”, added Hjalmerson. “We will be back next year and for many years after that.”

Safford starts regular season practice on Monday July 23rd to get ready for their season opener on August 17th at Snowflake. 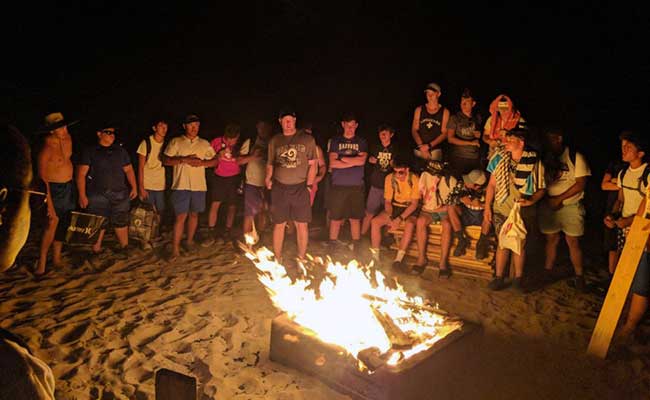 Safford Football gathers around a fire on the beach on the last night of camp.