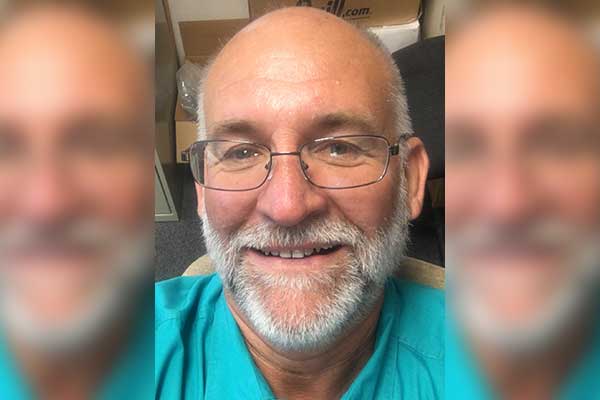 When Mary Bingham resigned in 2015 to run for county treasurer, he applied again and was appointed to fill Bingham’s term. Steve ran unopposed in 2016 for the remainder of Bingham’s term. In December he will have served three years on the city council.

Steve was born and raised in Safford.  He graduated from Safford High School. His hobbies seem to be rooted in community service. “I guess fire and search and rescue are my hobbies,” he says.

He’s been a volunteer firefighter for the Safford Fire Department for nearly thirty years. He joined Search and Rescue at about the same time.

“Search and Rescue has changed in the 30 years I’ve been on it,” Steve says. “It used to be that they would get three or four calls during deer season. I remember one weekend that we had 17 searches, but with the advent of the GPS and cell phones the dynamics of Search and Rescue have changed. Now days able-bodied persons rarely need help. Most of our searches now are for elderly people or children. Cell phones enable people to call somebody to come get them.”

Public service seems to define Steve McGaughey. Not only does he serve in volunteer capacities, but in his professional capacities as well. Steve is a building inspector for Graham County. He came to the position in a roundabout way. He was appointed to the Planning and Zoning Commission in 2002 by then County Supervisor, Drew John. He had to give up the position several years later when he went to work for the county in the highway yard.

At the suggestion of the previous Planning and Zoning Director, Steve applied for a job as a county building inspector. He landed the job in 2005 and has held that position since.

With Steve’s inclination toward public service it was only natural for him to be drawn to the city council. “I didn’t get on there for any specific reason,” he says, “I really don’t have an agenda. I take complaints and try to find solutions.”

Steve believes the public deserves good representation. After serving with the current city council he believes that the city’s residents are well represented.

“The council we have works really well together,” he says. “I actually think the staff does a tremendous job with what we give them to work with.”

Steve says the city manager, Horatio Skeete, does a great job. “He thinks outside the box really well,” Steve says. “He always comes up with something that none of us expected. He’s actually really good at saving us money or making us money. He takes direction from the council and follows through with things we ask him to do.”

Steve has a unique perspective on some of the issues that the council is considering. Water is one of them.

“Water is always an issue,” he says. “Without water we’re nothing.”

When discussing the issue of watering the ballparks at the county fairgrounds, Steve thinks there might be a better way of handling it.

Steve asks, “what if we brought the parks to the water instead of getting the water to the parks?” “All the ball fields don’t need to be in one place. It would make more sense to spread them out for easier access.

“I wish kids could walk from their neighborhood to a local park and play ball or play soccer without having to have their mother drive them three miles out to the fairground to play on a field that can’t get enough water and doesn’t have the proper dirt to grow good grass,” He says.

Instead of adding more ball fields at the fairgrounds, Steve proposes building some close to the water treatment plant by the Gila River.

“There’s a lot of land around the sewer plant and the north side of Safford that’s in the flood plain and will never be built on, but could be used for parks and ball fields,” he says. “I don’t know how realistic it is, but I’d like to have it looked into.”

The landfill and recycling program is also a big issue. Steve came onto the council when talks of recycling were already underway. He says that the recycling program was implemented to save space at the landfill that was filling up fast. “But,” he says, “the cost is overwhelming compared to the benefit we’re getting from it.” We’re not saving enough space in the landfill to justify the money we’re spending on recycling.”

“Recycling is the right thing to do,” he adds, “but it’s costing the people too much money. I don’t know how you balance that. Recycling was something I was interested in and I hoped it would work,” he says. “I still hope it will work.”

He says the issue will be coming before the council soon and they’ll have to make a decision on what to do about it.

Steve says that he’s a fan of SEACAB and wants to be more involved but can’t seem to line up their projects with his schedule. He’d like to approach SEACAB and see if there’s a project that he could take on himself and manage on his own time.

“I wonder if I could take a piece of property and keep it clean. Even if they cleaned it up and I just kept it clean after that. I don’t seem to be available when they do their projects, so I’d like to see if there’s a project I could do on my own schedule.”

Steve modestly says that there’s nothing very special about him. He doesn’t feel that he’s very polished or articulate. But his quiet life of service speaks loudly about his character. He has spent his life in the service of others and he wants to continue his legacy of service on the Safford City Council.

The Safford City Council election will be decided in the primary election, August 28, 2018.