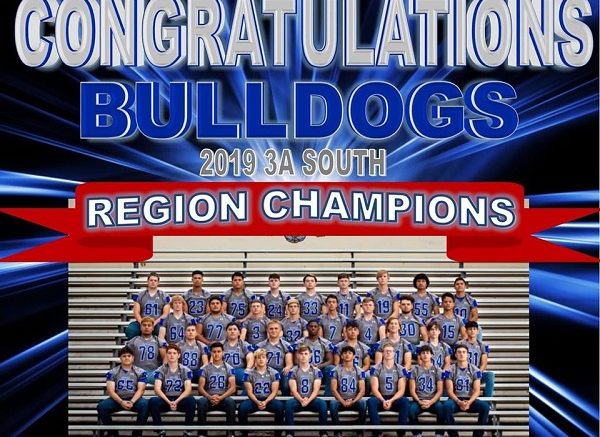 TUCSON — The game plan didn’t change for the Safford Bulldogs last night as they ran over, through and around the Sabino Sabercats to extend their win streak to 8 games and bring home their first 3A South Region Championship since 1998.

The Bulldogs were lead on the ground by Eduardo Ogaz, who was filling in for CJ Scrivner. He had 119 yards rushing and the game sealing 55 yard touchdown run. Sam Tobias finished with 95 yards and 3 scores but left the game injured in the the 2nd half with what appeared to be a hip injury.

Safford’s calling card all season long as been their defense. They didn’t allow more than 8 points to a 3A opponent this season and only allowed double digits once in their 14-0 loss to Thatcher. The defense forced two Sabercat turnovers and stopped them on two 4th downs, including a 4th and goal at the 2.

The Dogs led 7-6 at halftime but as they have in almost every game, exploded in the second half. They put up two scores in the 3rd quarter and the Ogaz 4th quarter run to cap the historic 28-6 win.