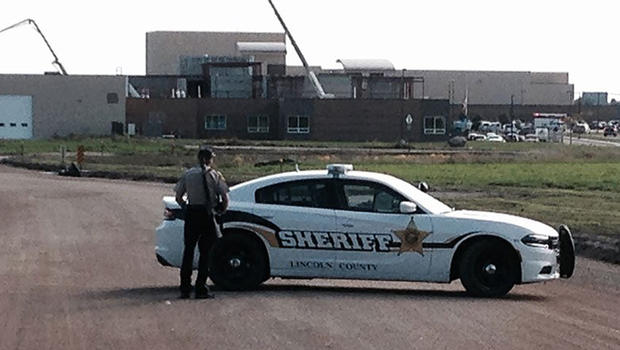 HARRISBURG, S.D. (AP) — The principal of a South Dakota high school was shot and lightly wounded Wednesday in a shooting at the school, but authorities said a suspect was in custody and no students were reported hurt.

A student suspected in the shooting was in custody, Lincoln County Deputy State’s Attorney Ross Wright said. He said Lein was in stable condition.

District administrative assistant Tracy Heiden said all students were safe, but the school was locked down. The high school has about 635 students.

Parents were asked to stay away, but a handful of parents had gathered outside one entrance. Access to the school from a main thoroughfare was shut off, with a sheriff’s deputy standing guard nearby with a rifle.

Nick Pohlmann, who lives just across the street from the school and has a son who is a senior, said he found out about the shooting through a friend who called him asking if his son was OK. Pohlmann said he immediately drove back to his home and ran over to the school to try to get some information.

Harrisburg, about 10 miles south of Sioux Falls, has a population of about 5,000.