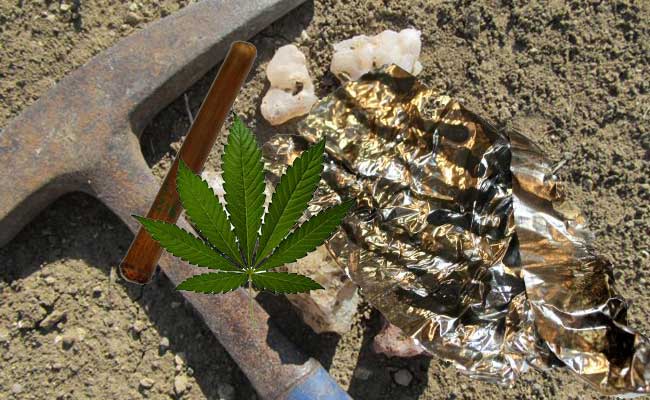 A Graham County Sheriff’s deputy was dispatched to the area of Haekel Road on Saturday at approximately 12:30 p.m. The deputy was sent to assist a Bureau of Land Management (BLM) officer who had detained three men who were possibly in possession of drugs.

The BLM officer told the deputy that there were four men at the site, but one of them had walked away from the area. While the BLM officer was talking with the three men, he saw a piece of burnt foil on the front passenger seat of the vehicle. One of the men, John Medina, said that the foil was his.

Medina said that he and the other three men were looking for rocks in the area. Medina admitted to smoking heroin in the front passenger seat of the vehicle. Medina gave permission to be searched and the deputy found a cut pen in his pants. Medina said that it was a ‘tooter,” and is used to ingest heroin.

Media told the officer that there was more paraphernalia in his back pack, which he gave permission to search. The backpack was found to contain marijuana inside a green plastic tube, another cut straw and two syringes.

The deputy was advised that the owner of the truck, Matthew Barringer, had two confirmed warrants. Barringer was arrested on the warrants and his vehicle was towed from the scene. Medina was cited for possession of marijuana and drug paraphernalia and released. The third man was not charged.