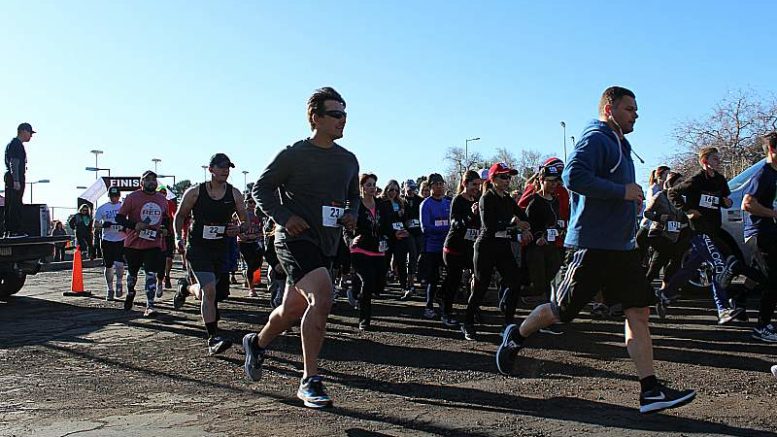 THATCHER- Started five years ago, the Gila Valley Rock of Ages 5K run has gotten bigger every year, and this year all of the previous records have been smashed. 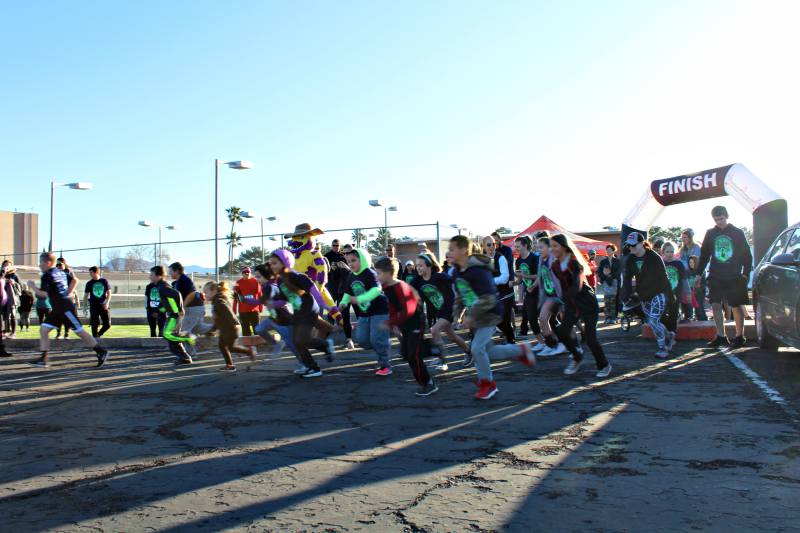 Brooke Curley Photo/ Gila Valley Central: The fun run consisted of mostly children and parents, and it began at 8:00 am.

It was a crisp morning at the Eastern Arizona Campus on Saturday, as the runners gathered for the annual Rock of Ages 5K run. The event consisted of two runs, one called the Fun Run, which wasn’t timed and consisted of mostly parents and children.  This year, the run broke all previous records for entry participation, with over 300 runners participants. On top of record-breaking participation, the 5K had more sponsors than ever before. Also, the previous time for the fastest 5K  finish was beaten by over 3:07. Jacob Urrea, 15, of Safford finished first place in the 5K run, with a time of 18:23. Hunter Stailey came in second, with a time of 19:3, and Duncan Walker came in third with a time of 19:09. 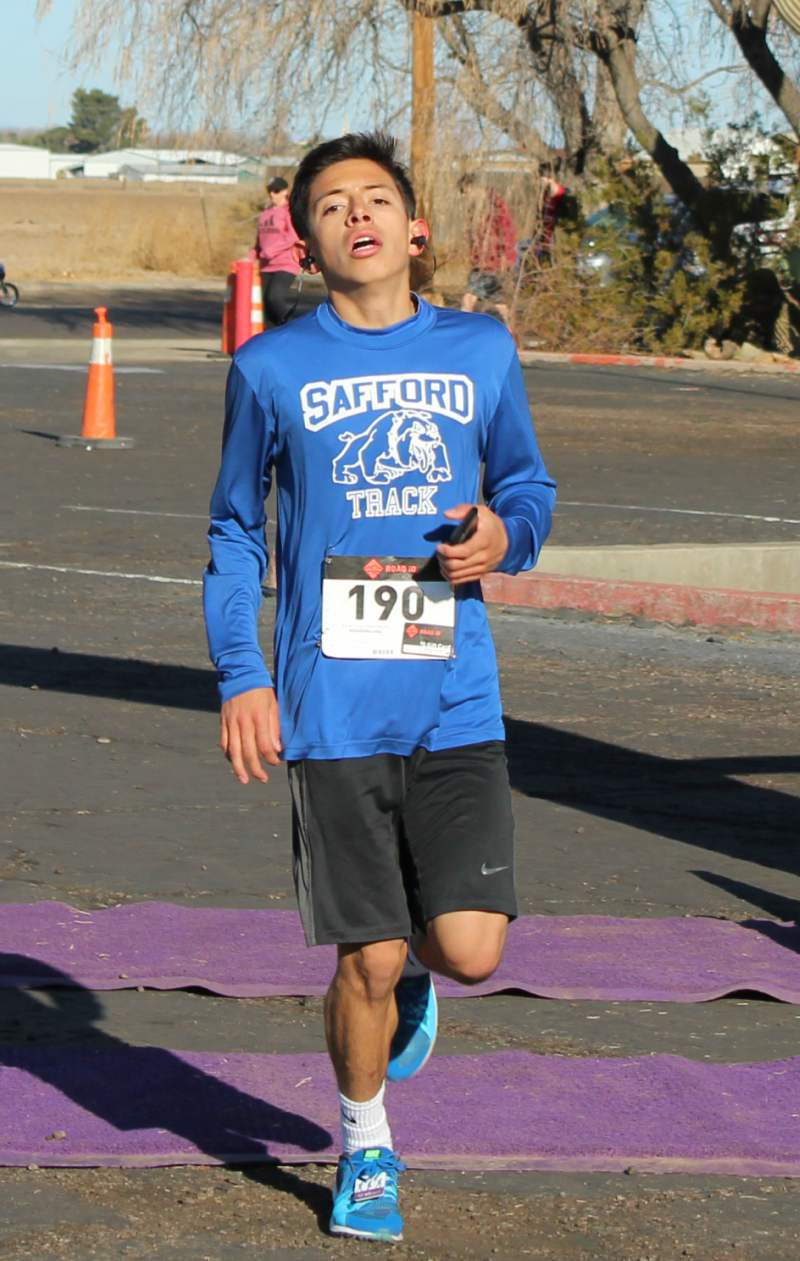 Urrea told Gila Valley Central that he hopes to keep his times low for now and that he intends to compete in his junior year. Also, Urrea said that although he enjoyed winning, it is somewhat of a nom for him. 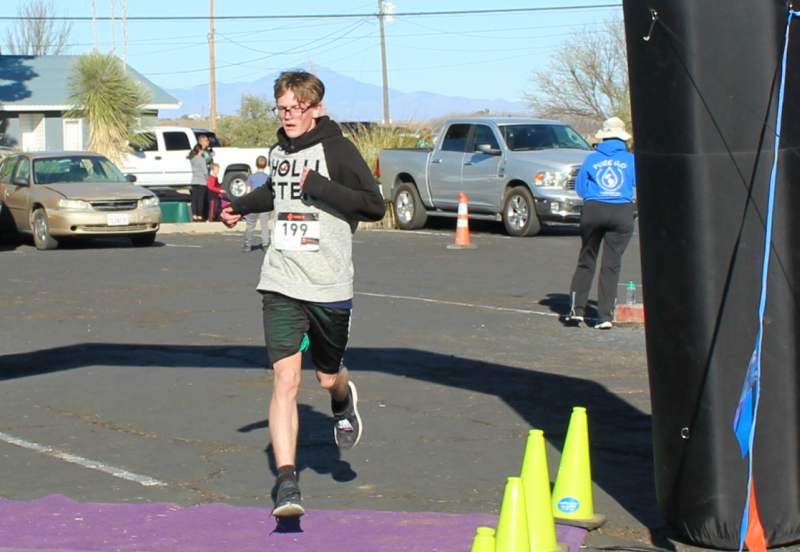 The Gila Valley Rock of Ages 5K is a benefit run that sponsors local Gila Valley children dealing with type 1 diabetes. The sponsorship includes helping pay for the kids’ trip to diabetes camp, and the donated funds only go to specifically aid local children. Unlike many other 5ks, what made this year’s run unique was the fact that pets were allowed to run, and costumes were encouraged.

Michelle Brehm, is the Clinical Dietician and Diabetes Program Coordinator. Brehm told Gila Valley Central that this is her first year to help organize the 5K. Brehm sees the run as a great way to gather the community and was pleased with how so many people within the community banded together for the cause. 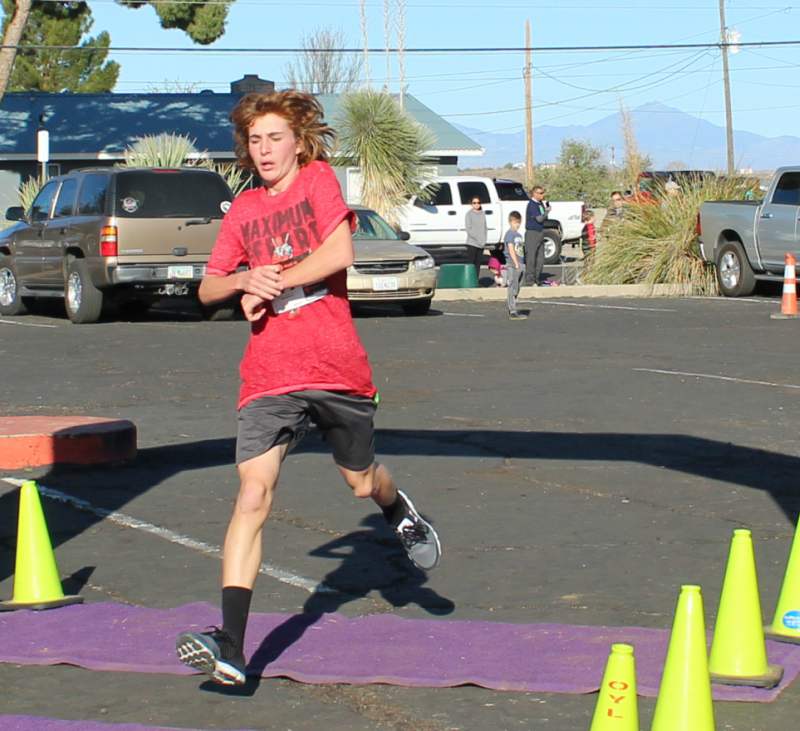 “I think it’s a great way for the whole community to gather together. We had so many businesses sponsor, so many people from the hospital that worked on this, so many families with type 1 diabetics and even type 2 diabetics that came together to make this happen,” Brehm said.

Sherry Eaton, a participant in the 5K, brought her companion animal to the run and had the dog accompany her on the run. Eaton told Gila Valley Central that this was the second 5K that she has ever competed in. Also, Eaton said that she is a diabetic and that the fact that all of the funds raised from the 5K went directly to diabetic children within the community made the run all the more special to her. 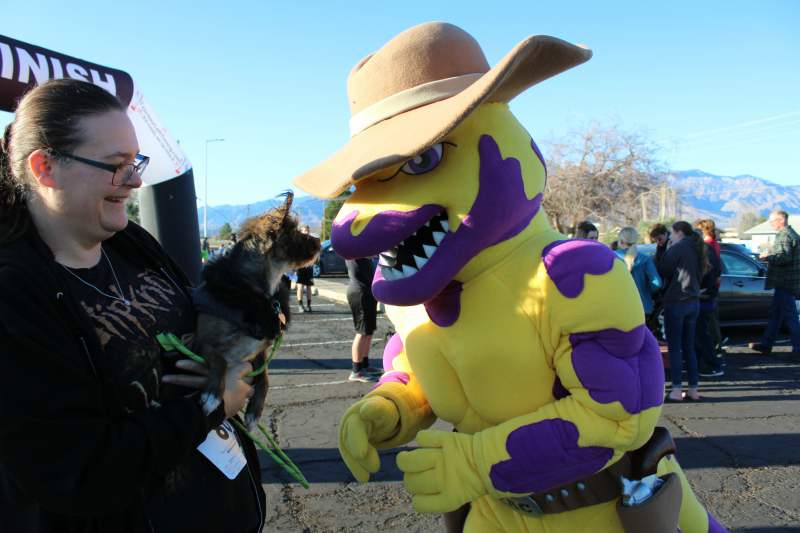 “I am diabetic and most of my family is diabetic so this is close to my heart. And the most important thing about this is that it goes to the kids in this community,” Eaten said. “A lot of the 5Ks you go to, you don’t know where the funds go, they may go to some big city somewhere but this one actually stays in the valley and that really pulled on my heartstrings for the kids here. I think it’s great that this many people came out.”