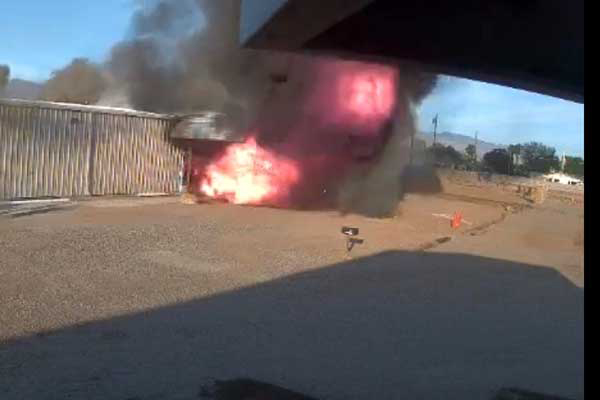 A ball of flame erupts from the front door of a new activity center under construction at The River Church on Tuesday. The building was a total loss. - Contributed Photo

SAFFORD — A fire in a building under construction at an area church resulted in complete destruction Tuesday.

Parishioners said the building, planned to be an activity center for The River Church, is likely a total loss.

Safford Fire Department sent two engines to battle the blaze and additional fire fighters were called in due to radio reports of one person trapped inside. The person was found; however, there has been no statement on if that person sustained any injuries.

Cause of the fire remains under investigation and church officials said they have no comment at this time.