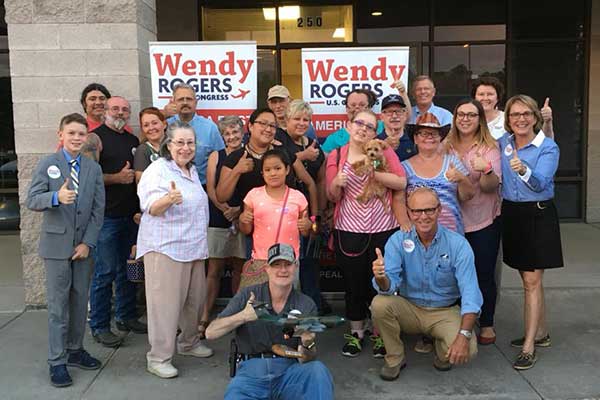 FLAGSTAFF – Republican Congressional Candidate, Wendy Rogers arrived at a Denny’s restaurant in Flagstaff Saturday for a sellout event, only to be turned away by the restaurant’s management. Rogers said that she arrived at the restaurant, along with many supporters, and an uninvited guest – A Democrat tracker, allegedly from Congressman Tom O’Halleran’s office.

In an email Rogers said, “the Democrat tracker got the Denny’s management to shut down my event because they are liberal!

“Just like the Red Hen restaurant in Virginia, which refused to serve Sarah Huckabee Sanders because of her views, our pro-Trump event got kicked out of Denny’s by a liberal owner bowing to a Democrat tracker – who, by the way, got to stay while we had to leave.”

The Republican regional staff offered to host the event at their new office in Flagstaff.