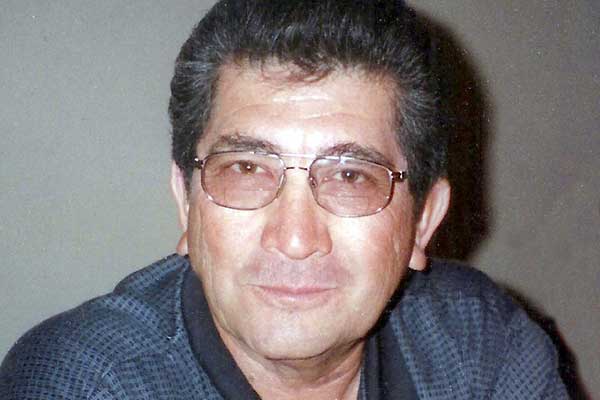 Raymond Reyes Avelar of Solomon entered into rest on December 20, 2020, at the age of 76 with his family by his side.  He was born in Tiger, Arizona on February 10, 1944, to parents Gilbert H. & Alice De Leon Avelar, and was raised by Esteban & Maria DeLeon. Shortly thereafter, they moved to Sanchez, Arizona where he was the 1st first-grader to attend Sanchez School House. From there they relocated to Solomon, Arizona where he and his father owned and operated the La Paloma Bar.

He loved listening to Mexican music and taking long drives to Mt. Graham and Bonita Creek. He was a big fan of the Arizona Wildcats and Arizona Diamondbacks, and anyone who played against the Dallas Cowboys.

Most who knew him will remember him as always being willing to help and design things for them, and his over the top sense of humor. His passion was woodworking, metal work, cement pots, and making santitos with his closest friend Ed Zappia. Raymond had an artistic eye to create and design something unique.

He was preceded in death by his beloved wife Gracie Avelar, his Granddaughter Elycia Nelson, both sets of parents Alice DeLeon Sanchez & Gilbert Avelar and Maria & Esteban DeLeon, his sister Pamela Sanchez.

Services will not be held at this time due to Covid-19 but a Celebration of Life will be celebrated at a later and safer time.

Arrangements are under the direction of McDougal’s Caldwell Funeral Chapel & Gila Valley Crematory.  Online condolences may be extended at www.caldwellchapel.com.