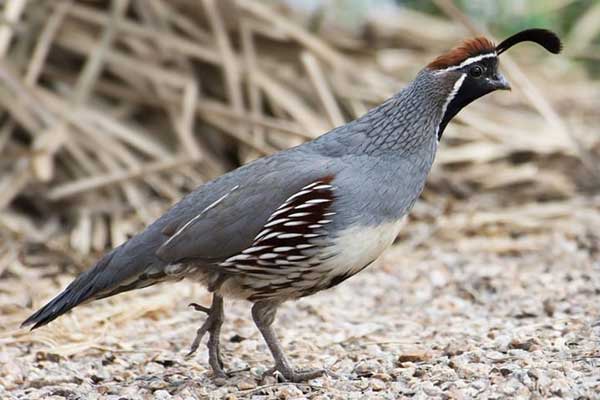 Lack of winter moisture to blame for low bird numbers

PHOENIX — Those record-setting rains that soaked most of the state, including the Valley, over the first two weeks of October?

If you’re an Arizona bird hunter, keep your fingers crossed there’s even more on the way over the next few months to help give quail populations a desperately needed boost in 2019-2020.

As for the 2018-2019 season, which begins Friday, “well below average” might be the best way to describe statewide quail-hunting prospects. On second thought, it might be too kind.

So, where are the quail?

“Overall, desert quail numbers seem to be much lower than we typically see,” Zarlingo said. “Gambel’s quail are very widespread south of the Mogollon Rim, and there will be pockets where it will be possible to harvest a fair number of birds.

“Keep in mind that Gambel’s and scaled quail populations have been very depressed for a number of years, and it will take consecutive years of timely winter precipitation to bring back those populations to where they were in the late 1980s.”

When it comes to scaled quail, found mainly in Cochise and southern Graham counties, Zarlingo said populations have been hit hard by drought and habitat degradation from tree and shrub invasion into grassland areas. Local wildlife managers report poor call counts for scaled quail, so prospects for this season do not look good.

Meanwhile, hunters should note that the season for Mearns’ quail doesn’t begin until Dec. 7. Zarlingo said Cochise and southern Pima counties are the traditional strongholds for these birds, which favor oak-grassland or pine-grassland savannas. The outlook for this season is much better, as brood survival is predicated on timely monsoon rains.

“The summer monsoon moisture was good statewide, with rain falling throughout the summer,” Zarlingo said. “Without surveys associated with Mearns’ quail, we’re expecting a good year for brood production.”