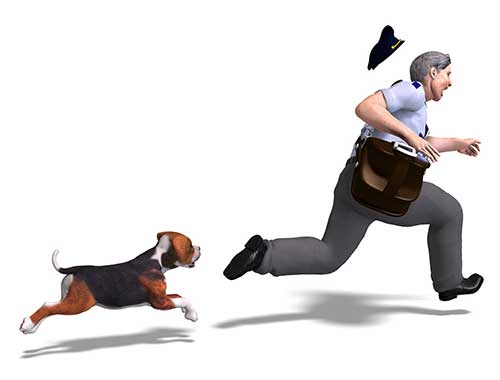 WASHINGTON, Pa. (AP) — The U.S. Postal Service says it’s halting mail delivery to one block in western Pennsylvania because a carrier has repeatedly been attacked by a pit bull.

Renee Scholato says her dog, Tank, is just friendly, though she acknowledges the animal sometimes escapes from her home and did jump on the carrier. But she says the dog wasn’t attacking or biting.

The Postal Service has told residents that mail won’t be delivered to Scholato’s block in Washington, Pennsylvania, until the dog is properly restrained. Until then, those residents can pick up their mail at the post office, where it will be held for 30 days.

Neighbor Brenda Dogle says she’s upset about being punished for someone else’s dog, saying neighbors “have to suffer because of one house.”
Copyright 2016 The Associated Press. All rights reserved. This material may not be published, broadcast, rewritten or redistributed.